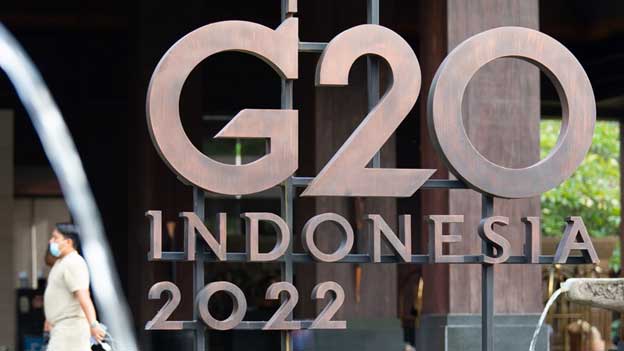 LONDON, Nov 18 2022 (IPS) - G20 leaders met in Indonesia in the midst of multiple crises, with 85 percent of the world population expected to face austerity measures and severe budget cuts next year that will impact the most vulnerable compounded by an insufficient response to the Covid-19 pandemic, with only 38 percent of relief funds going to social protection in global South countries.

The G20 summit motto was “Recovering Together, Recovering Stronger” yet the Joint Declaration failed to deliver any alternatives to the wave of austerity engulfing the world. It ignored the option of raising enough tax revenues from large corporations, taxing the wealthy and tacking illicit financial flows and tax abuses which alone accounts for over US$200 billion of tax revenue lost per year due to profit shifting in the global South.

For one, the summit blocked any progress towards the negotiations of a UN Tax Convention that would address the issues of corporate tax abuses and illicit financial flows, as denounced in an open letter from the Asian People’s Movement on Debt and Development (APMDD).

In an open letter denouncing this inaction to tackle corporate tax abuses and IFFs, delivered to embassies of Indonesia, India and Brazil, Lidy Nacpil from the Asian People’s Movement on Debt and Development (APMDD) said that the summit blocked “any progress towards the negotiations of a UN Tax Convention that would address the issues of corporate tax abuses and illicit financial flows,” but there was no reaction.

Making matters worse, the Organisation for Economic Co-operation and Development (OECD) failed to deliver on mandates to publish country-by-country reporting before the summit. This would have allowed to monitor the performance of mechanisms to prevent for example multinational companies shifting profits to tax havens and avoid paying taxes.

The data was only published on 17 November, a day after the summit, which was too late to hold the G20 leaders accountable. According to Alex Cobham, Director at the Tax Justice Network, “without the transparency data, neither the Tax Justice Network nor any other independent research can evaluate how much each government is losing to multinationals’ corporate tax abuse, or any progress made to curb tax losses in recent years.”

But that is not everything since the summit did not confront the hidden offshore wealth and kleptocracy problem. Maira Martini from Transparency International said that the G20 members “in recent years have dragged their feet, unable to agree on key measures and failing to implement even those to which they had already committed. In the meantime, the corrupt have consolidated wealth and power, allowing them to attack everything from sustainable development to global security to democracy.”

In an open letter released ahead of the Bali summit, Transparency International representatives from across G20 countries called on their governments to take immediate action against cross-border corruption. The Joint Declaration stated its support towards implementing Financial Action Task Force (FATF) recommendations for improved financial transparency, but does not say that beneficial ownership registries should be public, a critical element to enable stakeholders and the authorities to uncover hidden assets.

Also the declaration included regional efforts related to signing of the Asia Initiative Declaration in July 2022 on tax and financial transparency in Asia. However, it did not specify whether this initiative would create a stronger standard than the current OECD transparency standard, or simply implement an OECD standard in the Asian regional context.

Positively, the Bali Joint Declaration made a link between increased beneficial ownership information and tackling natural resource crimes, but offered no specific proposals to address this issue. Indonesia loses an estimated US$4 billion in Illicit Financial Flows (IFFs) each year due to illegal, unregulated and underreported (IUU) fishing alone, while Africa loses an estimated US$11.5 billion to this illicit activity. It would be vital that beneficial ownership information on all vessels and fishing companies is collected on a public registry, to hold those responsible for illicit fishing activities accountable.

Between 75 and 95 million people are expected to be thrown into extreme poverty this year as a result of the pandemic and the effects of rising inflation and the war in Ukraine, according to the UN. Many other are struggling to make a living and feed themselves as governments around the world are resorting to painful austerity measures.

The G20 had an opportunity to offer solutions to these crises and a lifeline to struggling nations. Unfortunately for all of us, they have failed.