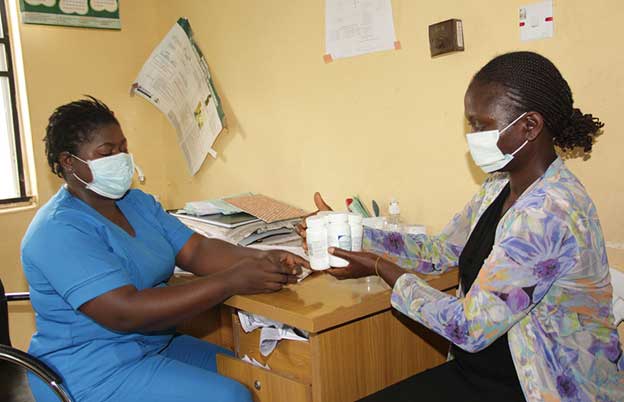 GENEVA, Nov 21 2022 (IPS) - In this moment of profound challenge in international relations, it was understandable that the conclusion of the G20 meeting left leaders feeling relieved that the meeting took place without a breakdown. Leaders were justifiably proud too of important steps forward they made including the launch of the new pandemics fund.

But G20 leaders did not manage to resolve the fiscal crisis that threatens many low-and middle-income countries, and which risks undermining global health security because it is driving countries to slash investments in essential health services.

As the world approaches the end of 2022, no resolution mechanism to properly resolve the debt crisis has been established by either the IMF or the G20. In 24 months, the “G20 common framework” has delivered a debt relief agreement for just one country, Chad.

UNAIDS report “A pandemic triad” shows how growing debt burdens across developing countries are impairing their ability to fight and end AIDS and COVID, and their readiness for future pandemics. Half of the low-income countries in Africa are already in debt distress or at high risk of being so.

Across the world, the 73 countries which are eligible for the Debt Service Suspension Initiative have been recorded as spending on average four times as much on debt servicing as they have been able to invest in the health of their people. Only 43 of those countries have seen even a temporary suspension – totalling less than 10% the money they continued to pay back.

Two thirds of people living with HIV are in countries that received absolutely no support from the Debt Service Suspension Initiative at all during the critical 2020-2021 period. The seven Debt Service Suspension Initiative eligible countries with the largest population of people living with HIV – Kenya, Malawi, Mozambique, Uganda, Tanzania and Zambia – saw their public debt levels grow from 29% in 2011 to 74% in 2020.

According to the World Bank, “interest payments will constrain the capacity of low-income countries to spend on health, on average by 7%, and in lower middle-income countries by 10%, in 2027.”

110 out of 177 countries will see a drop or stagnation in their health spending capacity and are not set to be able to achieve pre-COVID spending levels by 2027.

During the COVID-19 pandemic, deficits increased worldwide, and debt accumulated much faster than they did in the early years of other recessions including the Great Depression and the Global Financial Crisis. The scale is comparable only to the twentieth century’s two world wars.

This comes at a moment when economic forecasts have been downgraded by the IMF for a fourth time in a year. Austerity will mean dangerous reductions in health expenditure. To even restrain the damage will require a systemic reprioritization of public resources towards health systems.

There is a direct correlation between deepening fiscal problems and worsening health outcomes.

The COVID-19 crisis is dragging on. The impacts of the war in Ukraine on the global economy are making things worse. The HIV response is in danger, with the promise to end AIDS by 2030 under threat.

The world is not prepared today for the pandemics of to come. The international response to resolve the health financing crisis is nowhere close enough. Even as developing countries struggle with the debt crisis, the Ukraine war has led several donors to cut aid.

But there is a way out. With bold action, the health and development financing crisis can be overcome. Barbados Prime Minister Mia Mottley’s Bridgetown Agenda for action on debt, expansion of multilateral finance and effective SDR reallocation sets out the order of magnitude of response required.

There is an urgent need for debt cancellation for countries in fiscal distress, and for an effective and fast mechanism to deal with debt restructuring at scale. Health and education must be central considerations in debt negotiations.

Vital too is an expansion of the use of existing Special Drawing Rights (SDRs) from high income countries for investments in lower income countries of at least twice the 100 billion committed.

The G20 leaders’ work has not ended in Bali. The consequences of an unresolved debt crisis, and the lack of additional resources, would be disastrous for lives, livelihoods and health security. We don’t have time. No one is safe until everyone is safe.

Jaime Atienza is the Director of Equitable Financing at UNAIDS. Charles Birungi is the Senior HIV Economics, Finance and Policy Advisor.