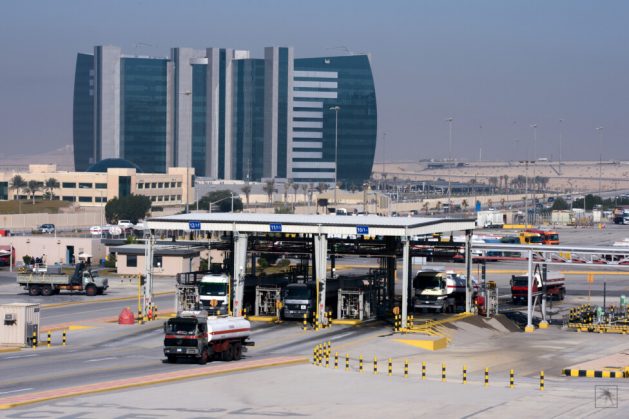 View of the bulk fuel plant in Dhahran, Saudi Arabia. Because the kingdom needs oil prices to remain high to balance its budget, it pushed OPEC and its allies to decide on a production cut as of Nov. 1. CREDIT: Aramco

CARACAS, Nov 1 2022 (IPS) - The decision to cut oil production by the Organization of Petroleum Exporting Countries (OPEC) and its allies as of Nov. 1 comes in response to the need to face a shrinking market, although it also forms part of the current clash between Russia and the West.

The cutback “is due to economic reasons, because Saudi Arabia depends on relatively high oil prices to keep its budget balanced, so it is important for Riyadh that the price of the barrel does not fall below 80 dollars,” Daniela Stevens, director of energy at the Inter-American Dialogue think tank, told IPS.

The benchmark prices at the end of October were 94.14 dollars per barrel for Brent North Sea crude in the London market and 88.38 dollars for West Texas Intermediate in New York.

"Notwithstanding Mohammed bin Salman's sympathy for Putin, the cut was due to his concern about the balance of the world oil market, and not to support Russia." -- Elie Habalián

“At the time of the cutback decision (Oct. 5) oil prices had fallen 40 percent since March, and the OPEC+ countries feared that the projected slowdown in the global economy – and with it demand for oil – would drastically reduce their revenues,” Stevens said.

With the cut, “OPEC+ hopes to keep Brent prices above 90 dollars per barrel,” which remains to be seen “since due to the lack of investment the real cuts will be between 0.6 and 1.1 million barrels per day and not the more striking two million,” added Stevens from her institution’s headquarters in Washington.

But market operators estimate that they are currently producing between 3.5 and five million barrels per day below the maximum level considered. 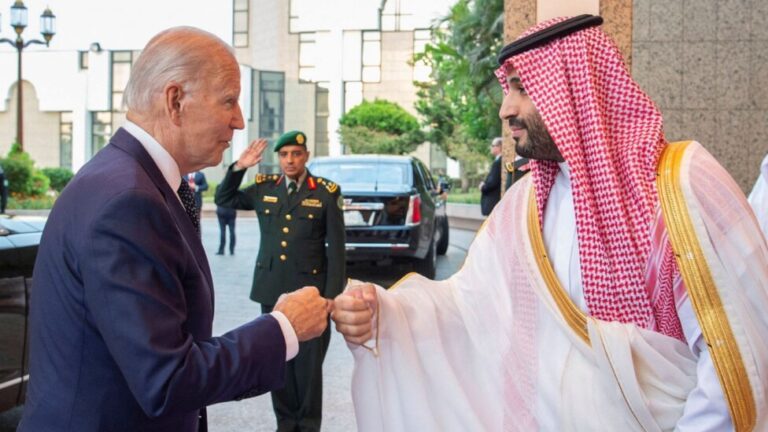 In July, U.S. President Joe Biden met with Saudi Crown Prince Mohammed bin Salman, with whom he discussed human rights and abundant oil supplies for the global market. A few months later Riyadh led the decision for an oil cut that has been seen as a betrayal by Washington. CREDIT: Bandar Algaloud/SRP

U.S. President Joe Biden was “disappointed by the shortsighted decision by OPEC+ to cut production quotas while the global economy is dealing with the continued negative impact of (Russian President Vladimir) Putin’s invasion of Ukraine,” a White House statement said.

The price of gasoline in the United States has soared from 2.40 dollars a gallon in early 2021 to the current average of 3.83 dollars – after peaking at five dollars in June – a heavy burden for Biden and his Democratic Party in the face of the Nov. 8 mid-term elections for Congress.

Biden visited Saudi Arabia in July, while the press reminded the public that during his 2020 election campaign he talked about making the Arab country “a pariah” because of its leaders’ responsibility for the October 2018 murder in Istanbul of prominent opposition journalist in exile Jamal Khashoggi.

The U.S. president said he made clear to the powerful Saudi Crown Prince Mohammed bin Salman his conviction that he was responsible for the crime. But the thrust of his visit was to urge the kingdom to keep the taps wide open to contain crude oil and gasoline prices.

Hence the U.S. disappointment with the production cut promoted by Riyadh – double the million barrels per day predicted by market analysts – which, by propping up prices, favors Russia’s revenues, which has had to place in Asia, at a discount, the oil that Europe is no longer buying from it. 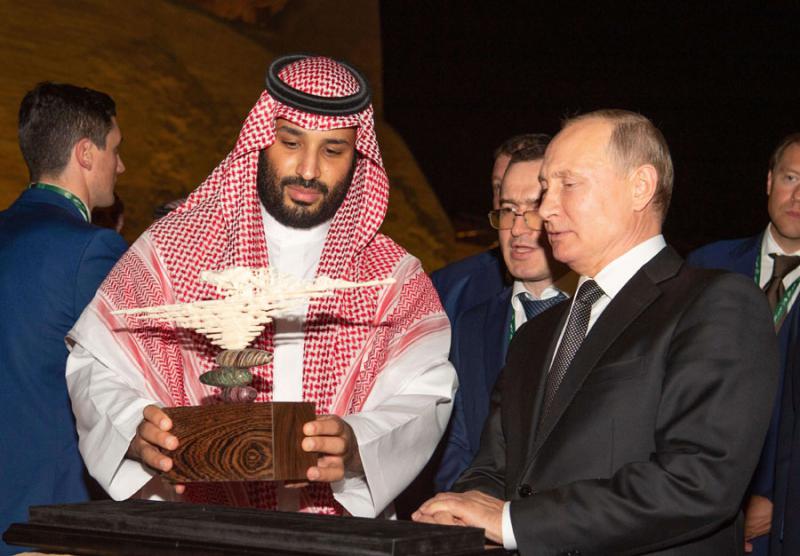 Karen Young, a senior research scholar at the Center on Global Energy Policy at Columbia University in New York, wrote that “oil politics are entering a new phase as the U.S.-Saudi relationship descends.”

“Both countries are now directly involved in each other’s domestic politics, which has not been the case in most of the 80-year bilateral relationship,” she wrote.

“….(M)arkets had anticipated a cut of about half that much. Whether the decision to announce a larger cut was hasty or politically motivated by Saudi political leadership (rather than technical advice) is not clear,” she added.

Saudi leaders could apparently see Biden as pandering to Iran, its archenemy in the Gulf area, with positions adverse to Riyadh’s in the conflict in neighboring Yemen, and would resent the accusation against the crown prince for the murder of Khashoggi.

Young argued that “the accusation that Saudi Arabia has weaponized oil to aid Russian President Vladimir Putin is extreme,” and said “The Saudi leadership may assume that keeping Putin in the OPEC+ tent is more valuable than trying to influence oil markets without him.” 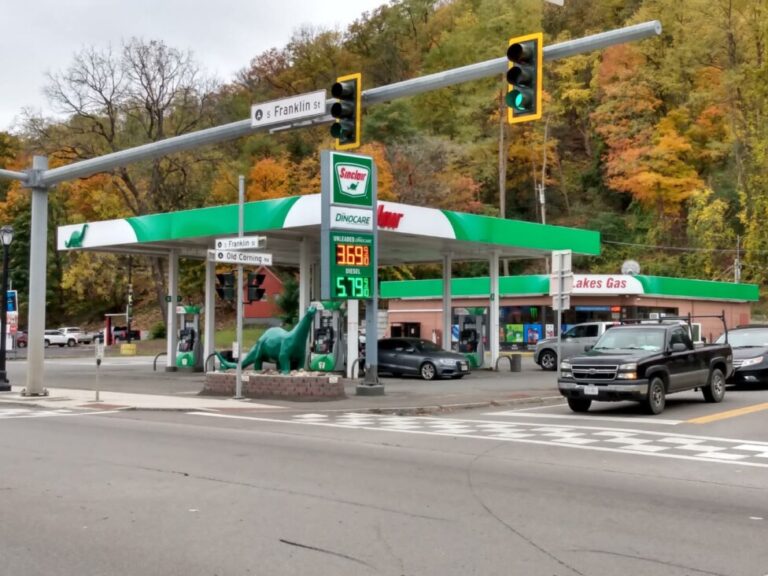 Gasoline prices in the United States, while down from their June level of five dollars per gallon, are still at a high level for many consumers ahead of the upcoming midterm elections. CREDIT: Humberto Márquez/IPS

OPEC’s secretary general since August, Haitham Al Ghais of Kuwait, said on Oct. 7 that “Russia’s membership in OPEC+ is vital for the success of the agreement…Russia is a big, main and highly influential player in the world energy map.”

Writing for the specialized financial magazine Barron’s, Young stated that “What is certainly true is that energy markets are now highly politicized.”

“The United States is now an advocate of market manipulation, asking for favors from the world’s essential swing producer, advocating price caps on Russian crude exports and embargoes in Europe,” Young wrote.

For its part, the Saudi Foreign Ministry rejected as “not based on facts” the criticism of the OPEC+ decision, and said that Washington’s request to delay the cut by one month (until after the November elections, as the Biden administration supposedly requested) “would have had negative economic consequences.”

In its most recent monthly market analysis, OPEC noted that “The world economy has entered into a time of heightened uncertainty and rising challenges, amid ongoing high inflation levels, monetary tightening by major central banks, high sovereign debt levels in many regions as well as ongoing supply issues.”

It also mentioned geopolitical risks and the resurgence of China’s COVID-19 containment measures.

The two million barrel cut was decided “In light of the uncertainty that surrounds the global economic and oil market outlooks, and the need to enhance the long-term guidance for the oil market,” said the OPEC+ alliance’s statement following its Oct. 5 meeting.

Oil analyst Elie Habalian, who was Venezuela’s governor to OPEC, also opined that “notwithstanding Mohammed bin Salman’s sympathy for Putin, the cut was due to his concern about the balance of the world oil market, and not to support Russia.”

Stevens said the oil outlook that opens up this November will mean, for importers in the region, that their fuels will be more expensive but probably not by a significant amount, and net importers in Central America and the Caribbean will be the hardest hit.

Argentina could have benefited if it had begun to invest in production years ago, but its financial instability left it with little capacity to take advantage of this moment. And Venezuela not only faces sanctions, but upgrading its worn-out oil infrastructure would require investments and time that it does not have.