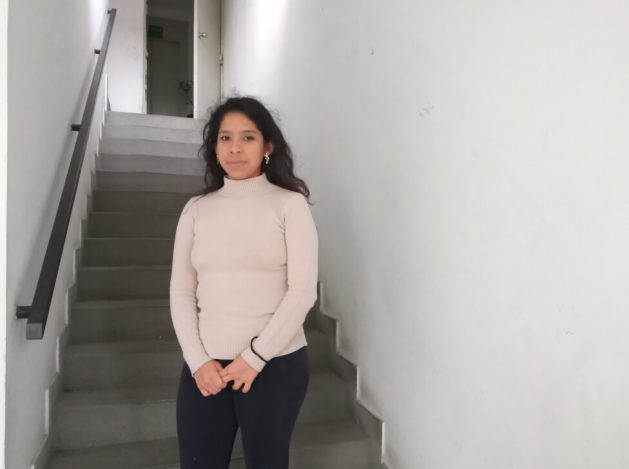 Yomira Cuadros faced motherhood at an early age, as well as the obstacles of a sexist society like Peru’s, regarding her reproductive decisions. In the apartment where she lives with her family in Lima, she expresses faith in the future, now that she has finally started attending university, after having two children as a result of unplanned pregnancies. CREDIT: Mariela Jara/IPS

LIMA, Nov 18 2022 (IPS) - No woman in Peru should have to die, have her physical or mental health affected, be treated as a criminal or have an unwanted pregnancy because she does not have access to abortion, said Dr. Rocío Gutiérrez, an obstetrician who is the deputy director of the Manuela Ramos Movement, a non-governmental feminist center that works for gender rights in this South American country.

In this Andean nation of 33 million people, abortion is illegal even in cases of rape or fetal malformation. It is only legal for two therapeutic reasons: to save the life of the pregnant woman or to prevent a serious and permanent health problem.

Peru thus goes against the current of the advances achieved by the “green wave”. Green is the color that symbolizes the changes that the women’s rights movement has achieved in the legislation of neighboring countries such as Uruguay, Colombia, Argentina and some states in Mexico, where early abortion has been decriminalized. These countries have joined the ranks of Cuba, where it has been legal for decades.

"I didn't tell my parents because they are very Catholic and would have forced me to go through with the pregnancy, they always instilled in me that abortion was a bad thing. But I started to think about how pregnancy would change my life and I didn't feel capable of raising a child at that moment." -- Fatima Guevara

But Latin America remains one of the most punitive regions in terms of abortion, with several countries that do not recognize women’s right to make decisions about their pregnancies under any circumstances. In El Salvador, Honduras, Nicaragua, the Dominican Republic and Haiti it is illegal under all circumstances, and in some cases draconian penalties are handed down.

In the case of Costa Rica, Guatemala, Peru and Venezuela, meanwhile, abortion is allowed under very few conditions, while there are more circumstances under which it is legal in Bolivia, Brazil, Chile and Ecuador.

“In Peru an estimated 50,000 women a year are treated for abortion-related complications in public health facilities,” Dr. Gutiérrez told IPS. “This is not the total number of abortions in the country, but rather the number of women who reach public health services due to emergencies or complications.”

The obstetrician spoke to IPS from Buenos Aires, where she participated in the XV Regional Conference on Women, held Nov. 7-11 in the Argentine capital.

Gutiérrez explained that the cases attended are just the tip of the iceberg, because for every abortion complicated by hemorrhage or infection treated at a health center, at least seven have been performed that did not present difficulties.

Multiplying by seven the 50,000 cases treated due to complications provides the shocking figure of 350,000 unsafe clandestine abortions performed annually in Peru.

The doctor regretted the lack of official statistics about a phenomenon that affects the lives and rights of women “irreversibly, with damage to health, and death.”

Gutiérrez said that another of the major impacts is the criminalization of women who undergo abortions, due to mistreatment by health personnel who not only judge and blame them, but also report them to the police. 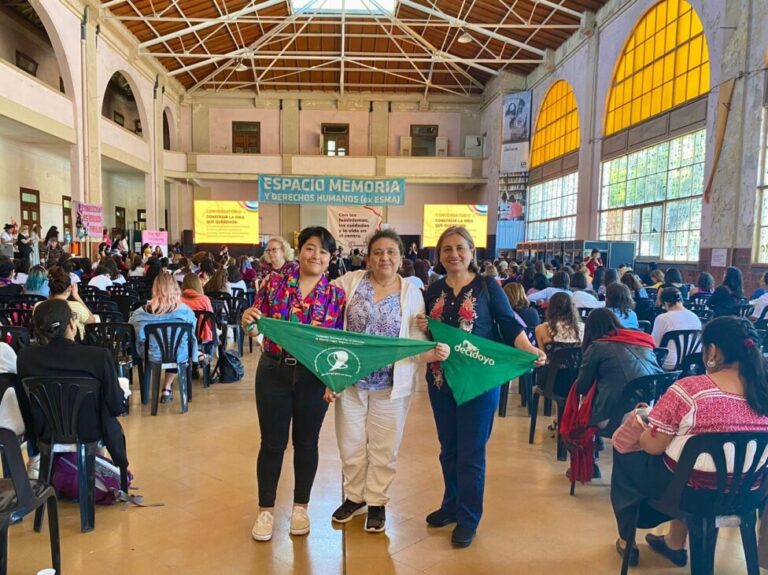 Under article 30 of Peru’s General Health Law, No. 26842, a physician who attends a case of presumed illegal abortion is required to file a police report.

Gutiérrez also referred to the fact that unwanted pregnancies have numerous consequences for the lives of women, especially girls and adolescents, in a sexist country like Peru, where women often do not have the right to make decisions on their sexuality and reproductive health.

Healing the wounds of unwanted motherhood

By the age of 19, Yomira Cuadros was already the mother of two children. She did not plan either of the pregnancies and only went ahead with them because of pressure from her partner.

In 2020, according to official data, 8.3 percent of adolescents between the ages of 15 and 19 were already mothers or had become pregnant in Peru.

Cuadros, whose parents are both physicians and who lives in a middle-class family, said she never imagined that her life would turn out so differently than what she had planned.

“The first time was because I didn’t know about contraceptives, I was 17 years old. The second time the birth control method failed and I thought about getting an abortion, but I couldn’t do it,” Cuadros told IPS.

At the time, she was in a relationship with an older boyfriend on whom she felt very emotionally dependent. “I had made a decision (to terminate the pregnancy), but he didn’t want to, he told me not to, the pressure was like blackmail and out of fear I went ahead with the pregnancy,” she said.

Making that decision under coercion hurt her mental health. Today, at the age of 26, she reflects on the importance of women being guaranteed the conditions to freely decide whether they want to be mothers or not. 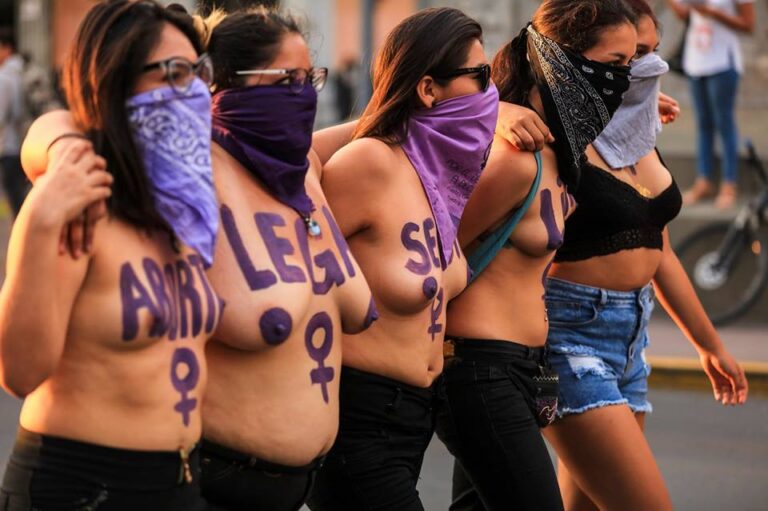 Peruvian activists go topless to demand the right to legal abortion, during a demonstration in the streets of the capital on Mar. 8, 2018. CREDIT: Mariela Jara/IPS

In her case, although she had the support of her mother to get a safe abortion, the power of her then-partner over her was stronger.

“Becoming a mother when you haven’t planned to is a shock, you feel so alone, it is very difficult. I didn’t feel that motherhood was something beautiful and I didn’t want to experience the same thing with my second pregnancy, so I considered terminating it,” she said.

Finding herself in that unwanted situation, she fell into a deep depression and was on medication, and is still in therapy today.

“I went from being a teenager to an adult with responsibilities that I never imagined. It’s as if I have never really gone through the proper mourning process because of everything I had to take on, and I know that it will continue to affect me because I will never stop being a mother,” she said.

She clarified that “it’s not that I don’t want to be a mother or that I hate my children,” and added that “as I continue to learn to cope, I will get better, it’s just that it wasn’t the right time.”

She and her two children, ages nine and seven, live with her parents and brother in an apartment in the municipality of Pueblo Libre, in the Peruvian capital. She has enrolled at university to study psychology and accepts the fact that she will only see her dreams come true little by little.

“Things are not how I thought they would be, but it’s okay,” she remarked with a newfound confidence that she is proud of.

Gutiérrez said more than 60 percent of women in Peru have an unplanned pregnancy at some point in their lives, and argued that the government’s family planning policies fall far short.

The National Institute of Statistics and Informatics reported that the total fertility rate in Peru in 2021 would have been 1.3 children on average if all unwanted births had been prevented, compared to the actual rate of 2.0 children – almost 54 percent higher than the desired fertility rate.

“There are a set of factors that lead to unwanted pregnancies, such as the lack of comprehensive sex education in schools, and the lack of birth control methods and timely family planning for women in all their diversity, which worsened during the pandemic. And of course, the correlate is access to legal and safe abortion,” said Gutiérrez.

She lamented that little or no progress has been made in Peru in relation to the exercise of sexual and reproductive rights, including access to safe and free legal abortion, despite the struggle of feminist organizations and movements in the country that have been demanding decriminalization in cases of rape, artificial insemination without consent, non-consensual egg transfer, or malformations incompatible with life. 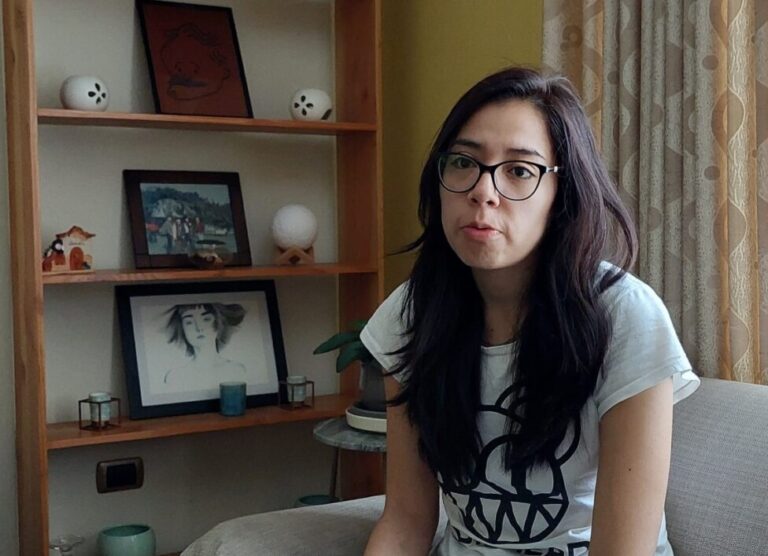 University student Fátima Guevara decided to terminate an unwanted pregnancy when she was 19 years old. Four years later, she is sure that it was the right decision, in terms of her plans for her life. The young woman told her story at a friend’s home, where she was able to talk about it openly, in Lima, Peru. CREDIT: Mariela Jara/IPS

The obscurity of illegal abortion

The obscurity surrounding abortion led Fátima Guevara, when she faced an unwanted pregnancy at the age of 19, to decide to use Misoprostol, a safe medication that is included in the methods accepted by the World Health Organization for the termination of pregnancies.

“I didn’t tell my parents because they are very Catholic and would have forced me to go through with the pregnancy, they always instilled in me that abortion was a bad thing. But I started to think about how pregnancy would change my life and I didn’t feel capable of raising a child at that moment,” she told IPS in a meeting at a friend’s home in Lima.

She said that she and her partner lacked adequate information and obtained the medication through a third party, but that she used it incorrectly. She turned to her brother who took her to have an ultrasound first. “Hearing the fetal heartbeat shook me, it made me feel guilty, but I followed through with my decision,” she added.

After receiving proper instructions, she was able to complete the abortion. And today, at the age of 23, about to finish her psychology degree, she has no doubt that it was the right thing to do.