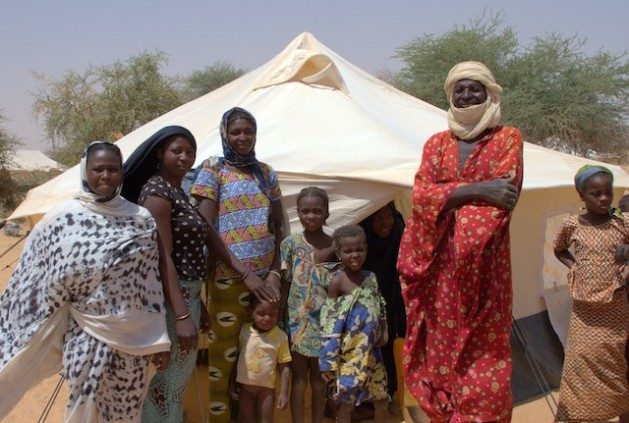 BAMAKO, Nov 11 2022 (IPS) - The upcoming Africa Leaders’ Summit– slated to take place in Washington, DC in December- is well-timed. The Biden administration has made a welcome and significant push over the past two years to support democracy, anti-corruption and peace-building around the world- and in Africa in particular.

From the Summit for Democracy to the new Sub-Saharan Africa and Countering Corruption strategies- policies and practices within the US government have shifted in ways that can support much needed reforms across the continent.

It is in the Sahel where many of the biggest challenges remain- and these should be a priority during the upcoming Summit. The recent coup in Burkina Faso was the 7th in Africa in just over two years. Here in Mali, jihadists continue to march eastwards, killing hundreds of innocent civilians as they go.

It is in the Sahel where many of the biggest challenges remain- and these should be a priority during the upcoming Summit. The recent coup in Burkina Faso was the 7th in Africa in just over two years. Here in Mali, jihadists continue to march eastwards, killing hundreds of innocent civilians as they go

Across our borders in Niger and Chad we see klepto-military elites pilfering state resources at a breathtaking rate, undermining public finances, stability and any kind of hope for a better future. All of this opens up the region to the influence of Russia and China. The Russian mercenary outfit the Wagner group are operating freely in the Central African Republic and Mali, for example- and we know from Syria and Ukraine how catastrophic this can be.

Focusing on the symptoms of these problems- such as rising violent extremism- with militarized responses has never worked. After 9 years and more than $880 million of euros for the Barkhane operation, the French found this out in Mali before being forced out of the country recently.

Now, the people of Burkina Faso are demanding a diplomatic break with France and a new partnership with Russia and possibly the Wagner Group. The Western democratic alliance has failed in the Sahel; and this has inevitably led to a tilt towards more authoritarian partners.

Equally, allowing post-coup militarized regimes to get away with the trappings of a transition plan for democracy without putting in place any meaningful changes in decision-making is also a mistake.

The regime in Mali has consistently postponed the hand-over of power to a civilian government since the coup last year; and the process to develop a transitional charter in Burkina Faso recently also gives no indication that there is any real intention to hand back power to elected representatives.

First, it must make anti-corruption front and center of every conversation with leaders from the region. The US Africa strategy lists openness and open societies as the 1st of four priorities- and now is the time for the US to follow-through on these.

At the same time there is work to be done at home- progress on critical domestic anti-corruption efforts in the US- such as passage of the Enablers Act and full implementation of the Corporate Transparency Act would demonstrate commitment to these issues.

Second, it is imperative that it is made clear that post-coup political agreements include a focus on citizen voices and bottom-up accountability. This means pushing those in power to conduct meaningful consultations with civilians to ensure even the most excluded are heard.

In Mali, the transitional authorities have launched “Assises Nationales de la Refondation de l’Etat“- a series of consultations at the communal and national levels to give the entire population a voice on key issues such as governance and justice. We have to make sure that these kinds of processes are meaningful, inclusive and backed with real implementation- otherwise they can lead to further disappointment and disengagement.

Third, whether within a post-coup environment or more generally it means finding larger ways to shift systems to slowly remove the military from politics and consolidate civilian control of decision-making.

This sounds difficult but we forget that it has been done successfully before in Mali. Following Amadou Toumani Touré’s coup in 1991, power was returned to a civilian government, allowing Alpha Oumar Konaré to be elected president in 1992.

In the Sahel, we need among other reforms, a shift in civilian law enforcement to other bodies such as the police; empowerment of accountability institutions within militaries; and political work with reformists within the army to push for a return of troops to their barracks. The US must also fully support regional organizations like the Economic Community of West Africa States (ECOWAS) to push Sahelian countries to follow clear plans, processes and timelines for the return to or maintenance of civilian rule.

Finally, longer-term stability in our countries requires a fundamental generational shift. The median age in Mali is 16; in Niger it is just 15 years old. Our countries are passing through a massive demographic change- and this has to be reflected in the systems we use to govern ourselves, or extremist groups will continue to recruit young people that have more of a stake in overthrowing systems than rebuilding them.

The US cares about young people on paper– now is the time to create the spaces for a new generation to lead. After all, they cannot be any worse than the corrupt elites we have seen mismanaging our politics for decades.

The African Leaders Summit is an important opportunity for the US to reinforce its commitment to governance in the Sahel; and to a foreign policy that places a primacy on governance and inclusion rather than simply on economics and security. The people of the region deserve it.

Doussouba Konate is Director of Accountability Lab Mali and an Obama Foundation leader. Follow the Lab on Twitter @accountlab