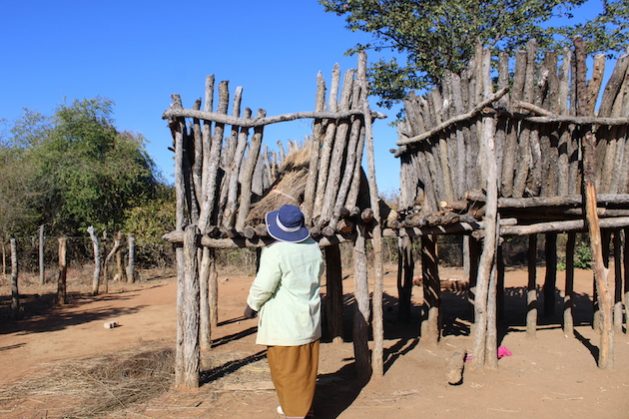 Global leaders from more than 125 countries gather in the resort city of Sharm El Sheikh, Egypt, for the 27th meeting of the Conference of Parties (COP) to the UN Framework Convention on Climate Change (UNFCCC), from November 6-18, 2022. The UNFCCC is a global treaty mandating signatories to prevent “dangerous human-induced interference with the climate system by stabilizing greenhouse gas concentrations”.

The Convention puts the responsibility of cutting dangerous carbon emissions on the shoulders of developed countries. The major carbon emission emitters are China, the European Union, the United States, Australia, Japan, India, and Russia.

Africa contributes 3.8 percent of the world’s emissions of carbon dioxide (CO2) from fossil fuels and industry. However, it is experiencing significant impacts from climate change.

From Angola to Zimbabwe, cyclones, floods, high temperatures, and droughts are killing and displacing millions of Africa as climate change upends a continent unable to cope with its devastating impacts.

Dubbed the ‘African COP’, COP27 convenes in a changed world experiencing a combination of economic and political crises, including food and fuel crises. There are mixed expectations on how to save the world from a fiery Armageddon as climate change rises. For Africa, more is expected from COP27 than at any other time.

The money and adaptation COP

“African countries have committed the most ambitious NDCs under the Paris Agreement now the priority should be how to implement these targets. And for these, developed countries should deliver on their climate finance pledges,” Selam Kidane Abebe, Legal Advisor to the AGN, explained.

Abebe contended that the special needs and special circumstances of Africa are a priority for the AGN, as the recognition was reflected under the UNFCCC decisions. Such recognition is also important as Africa contributes less of the total historical and current emissions, and climate change is impacting Africa’s development trajectory, so even if African countries have strong development plans, their trajectory is going to be impacted by the adverse impacts of climate change,” she said, noting that African countries were investing up to 9% of the GDP on adaptation, money that should be invested in development sectors.

In 2009, developed countries committed to giving $100 billion annually until 2020 to help developing countries reduce emissions and cope with climate change. The money never came, and this target has been moved to 2023. Will it ever arrive?

“We hope so because it is the responsibility of developed countries to come forward with it,” Ambassador Wael Aboulmagd, Special Advisor to the COP27 President, told a media briefing in the buildup to COP27 last week.

“In all reality $100 billion is not going to solve the problem; it is not even close to addressing a fraction of the climate needs… the numbers are in trillions. The overall financial landscape needs to be revisited,” Aboulmagd noted, convinced that developed countries must be nudged to find a workable solution in climate finance.

Finance is at the heart of the COP27 negotiations. Africa is anxious for a solution to the issue of loss and damage and is pushing for finance to address loss and damage as a result of global warming.

At COP27, the argument is that developed countries largely responsible for climate change should pay for the loss of life and damage to property and infrastructure, not to mention economic and cultural losses endured by developing countries that do not have the means to deal with the impacts of climate change.

An argument has been toyed with is that why not allow African countries to raise their emissions levels and develop their economies as developed countries did in industrializing? In Egypt, Africa is hoping to get commitments towards a specific loss and damage facility. Developed countries are reluctant to pick up the tab.

While countries have strengthened their commitments to tackle the climate crisis, climate change is not letting up. Floods in Nigeria,  Pakistan, and South Africa, droughts in Kenya and Somalia, and food crises in the Horn of Africa have led to massive deaths and huge damage to homes and infrastructure that cannot be recovered. Who will pay for the climate damage?

“COP27 must provide a clear and time-bound roadmap on closing the finance gap for addressing loss and damage, ” UN Secretary-General, Antonio Guterres, said last week at the launch of the UNEP Adaptation Gap Report. He argued that: “This will be a central litmus test for success at COP27”.

Climate change is hitting Africa hard, and extreme weather could cost the continent $50 billion annually by 2050, according to the World Meteorological Organisation (WMO). Human activities, largely the burning of fossil fuels like coal, gas, and oil, have released emissions that are causing global warming.

According to scientists at the UN’s Intergovernmental Panel on Climate Change (IPCC), life would be threatened should global temperatures rise beyond 1.8C. The Paris Agreement pledges have meant to limit global temperature rises to 1.5C.

The COP Presidency is convinced a balanced approach that meets various interests is needed. Questions abound on what should be the arrangement for loss and damage,  what kind of funding entity will be there, and who shoulders liability and compensation.

“As the COP27 Presidency, we are impartial and want all parties to be on the same page to agree and address all these issues. I  think we have a good chance of doing that at this COP,” he said, expressing optimism that loss and damage will be on the agenda.

Despite some countries developing new and revising their NDCs, to raise their emission reduction targets in line with the Paris Agreement, switching to clean energy and phasing out coal has been slow. Rising fuel prices as a result of the Ukraine war have flipped the script. Some developed countries are increasing subsidies for fossil fuels, while others have fired up coal plants and natural gas lines to fill the energy gap. Even China has recently approved new coal mines.

But should Africa – yearning to boost industrialization – abandon fossil fuel dependence and join the race for renewables?

“The speed of this energy transition should not be the same for every country around the world, many African countries are languishing in extreme poverty, and they make the case that if we are being told to keep that resource underground for the global good then the international community has to come up with a package to allow us otherwise to eliminate poverty and pursue our sustainable development goals,” opined Aboulmagd.

He said while there is a global case for emissions reduction targets and transition to renewables, developing countries cannot just be told to quit fossil fuels without financial support to go green. A tailored approach for every country, depending on its circumstances, is called for.

“It is essentially telling people to stop having energy; by the way, Sub-Saharan Africa has less than 20 percent access to energy in their entire population. We need to make sure that when we make a demand of a country it is a reasonable one that they can reasonably be expected to do without almost devastating their development objectives and poverty reduction elimination objective,” he urged.

Time for talking is over; action now

A UN report released last week found that the world is off track in meeting the Paris Agreement goal of limiting global temperatures below 1.5°C by the end of the century.  The Emissions Gap Report 2022 warns that the window is closing and that the world must cut carbon emissions by 45 percent to avoid global catastrophe because governments have failed to effect adequate cuts as pledged since COP26 in Glasgow.

The report finds that, despite a decision by all countries at the 2021 climate summit in Glasgow, UK (COP26) to strengthen Nationally Determined Contributions (NDCs), action has been poor and ambition low that the world could be facing a temperature rise of above the Paris Agreement goal of well below 2°C. The report shows that current policies alone will lead to a 2.8°C temperature rise highlighting the gap between actions and promises.

“Climate adaptation may not seem like a priority right now,” says Inger Andersen, United Nations Environment Programme, Executive Director, opined. “Even if all commitments are implemented immediately, the reality is that climate change is going to be with us decades into the future. And the poorest keep paying the price for our inaction. It is, therefore, imperative that we put time, effort, resources, and planning into adaptation action.”