Stories written by Adrianne Appel
Adrianne Appel has written for IPS since 2006 about U.S. domestic issues, including the environment, politics and economics. Formerly a politics reporter in Washington, D.C., she now reports from Boston. In 2010 she was awarded a Knight Science Journalism Fellowship. 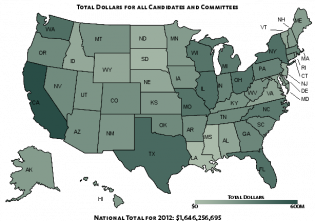 By Adrianne Appel
There was a time when big, yellow cats freely roamed the length of a wild Florida. Today, three medium-sized humans are trekking the length of this southeastern U.S. state - 1,000 miles of swamp, forest, ranchland and blistered feet - in hopes that panthers may one day be able to safely tread the same path.

By Adrianne Appel
Dozens of Immokalee Florida farm workers left tomato fields behind last week and set up camp on the lush, corporate grounds of Publix supermarket to fast and protest the company's refusal to pay a penny more per pound for tomatoes.

By Adrianne Appel
Stealthy submarine gliders slide through the depths of the Gulf of Mexico with the precision of birds of prey. Robot-like rovers search for droplets of oil thousands of metres under the surface. Powerful computerised analysers send instant results to scientists on board the ship above. All of this to assess the impact of disaster.

Wealthy Reap Rewards While Those Who Work Lose

By Adrianne Appel
Times are tough for workers in the U.S. where a recession has a stranglehold on much of the economy, but life is perfectly rosy for those at the top.

By Adrianne Appel
A crisis of foreclosures is twisting through neighbourhood after neighbourhood here, separating thousands of U.S. families from their homes each day and further unraveling the social fabric of low-income communities.

U.S. Lawns Getting an Eco-Makeover

By Adrianne Appel
A radical, underground movement is growing in the suburbs of the United States.

By Adrianne Appel
As the U.S. climate delegation arrives in Copenhagen nearly empty-handed, watchdog groups back at home say they know why: a political system gone astray due to the influence of huge amounts of corporate cash.

U.S.: Secret Bailouts for Giant Failing Banks of the Future?

By Adrianne Appel
Big banks will not be forced to downsize and the public will be the last to know when they fail, a controversial bill unveiled by U.S. Treasury Secretary Timothy Geithner and Congressman Barney Frank proposes.

By Adrianne Appel
The weather was right for swimming this summer along the shores of Lake Michigan, but on many days, the only living things seen on the beach were gulls, picking away at zebra mussels ensnared in a thick, green slime that covered every rock, pebble and grain of sand for miles.

By Adrianne Appel
While world leaders banter about International Monetary Fund and World Bank business in Istanbul, NGOs critical of the way the Bretton Woods institutions operate are not letting up pressure.

HEALTH-US: State’s ‘Model’ Reforms May Be Anything But

By Adrianne Appel
As all factions of the U.S. Congress continue a bruising debate about how to change the U.S. health system, one state, Massachusetts, seems to point the way clear, but activists say the Massachusetts plan is already troubled and doomed by skyrocketing costs.

By Adrianne Appel
Hundreds of thousands of people in the U.S. continue to lose their homes each month in an ongoing crisis that is wreaking chaos on communities, advocates say.

By Adrianne Appel
Banks bailed out with U.S. taxpayer money, like Wells Fargo and U.S. Bancorp, are raking in money by charging 150 percent interest and more on short-term, payday loans to people with no savings, consumer advocates say.

ECONOMY-US: Trillions to Banks as Taxpayers Left in the Dark

By Adrianne Appel
The U.S. Federal Reserve and U.S. Treasury have doled out trillions in taxpayer dollars to banks and corporations and now the boom may be falling on what lawmakers say is a shroud of secrecy that surrounds their actions.

U.S.: GM Gets Billions, Says No Money for Crash Victims

By Adrianne Appel
U.S. taxpayers have given 50 billion to rescue General Motors, but the company says it should not have to pay a penny to people harmed by known defects in its vehicles.

By Adrianne Appel
Just months after getting a massive handout from Uncle Sam to prevent the collapse of Wall Street, big banks say they are back on solid ground and ready to repay the money.

By Adrianne Appel
When a North Atlantic right whale swimming near Boston bellows at 3 a.m., a phone rings in a small town in upstate New York.

By Adrianne Appel
The U.S. government will invest billions in Chrysler and the United Auto Workers (UAW) trade union will become majority owners of the company, in a financial rescue deal announced Thursday by the White House.

By Adrianne Appel
Thousands of angry U.S. workers took to the streets Thursday to protest some major banks and insurance companies that have handed out extravagant bonuses on the taxpayers' dime, as the U.S. House of Representatives voted to get some of the bonus money back.
Next Page »
ADVERTISEMENT ADVERTISEMENT