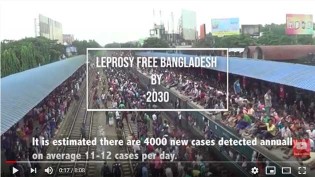 By Crystal Orderson
Q: At ICPD25 we heard that women and girls are still waiting for the unmet promises to be met? DO you think this time around there is a commitment to ensure that these promises are met? The Nairobi Summit is about the Future of Humanity and Human Prosperity.

This Time Around ICPD25 Commitments Will Be Met Says UNFPA …

By Crystal Orderson
The United Nations Population Fund, UNFPA Ethiopia country representative, Bettina Maas speaks to IPS at the ICPD25 Nairobi Summit and she says she is optimistic that this time around that the three critical commitments; bringing preventable maternal deaths, gender based violence and harmful practices, as well as unmet need for family planning to zero will be realized.

By Crystal Orderson
Young women and girls are still subjected to a range of harmful practices and violence, including early marriage. Every year, an estimated 12 million girls get married before the age of 18.

By Crystal Orderson
Millions of South Africans headed out in large numbers, some braving cold and wet weather to cast their ballot in the country's sixth democratic elections this week. The 2019 election was one of the most competitive and contested elections that also saw a whopping 48 parties on the national ballot—up 300 percent from a mere 10 years ago.
ADVERTISEMENT ADVERTISEMENT