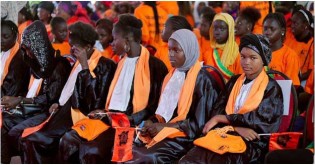 By Dulcie Leimbach
Michelle Bachelet ended her second term as president of Chile on March 11, 2018. Her first term, from 2006 to 2010, was marked by an ambitious social and economic agenda advancing women’s rights and better health care. Her cabinet of ministers, for example, was composed of an equal number of men and women, as she vowed to do during her campaign.

By Dulcie Leimbach
Nikki Haley, the United States ambassador to the United Nations, presided over what she was determined to sell as “an historic meeting exclusively on human rights” in the UN Security Council. But her brief speech in the April 18 meeting fell far short of introducing innovations to confront violations of human rights or prevent them in such places as Syria, Burundi and Myanmar.

Can António Guterres Fend Off America’s War on the UN?

By Dulcie Leimbach
When António Guterres was chosen by the United Nations Security Council in October to become the next leader of the UN, neither he nor anyone else could have predicted precisely who would be commanding the Oval Office of the White House in January 2017, just as Guterres’s term opened.
ADVERTISEMENT ADVERTISEMENT