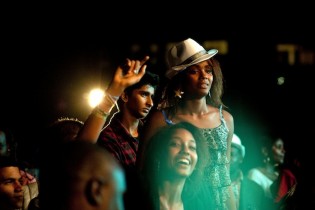 By Fred Ojambo
Rising investments in Africa's service sector, the unlocking of its vast natural resources and the sound economic policies pursued by African countries in the last two decades are spurring the rise of the continent's middle class at a faster rate than population growth.

By Fred Ojambo
Uganda is facing the unwelcome possibility of increased costs for building a projected 600-megawatt hydropower plant at the Karuma Falls, on the Victoria Nile, owing to construction delays.

By Fred Ojambo
Uganda, Africa's biggest coffee exporter, is racing against time to boost its production of the crop by 60,000 tonnes, or one million 60-kilogramme bags, within the next three years. But some industry players believe that the feat is unattainable.

By Fred Ojambo
Almost a decade since Uganda initiated negotiations with China for the favourable export of coffee beans to the Asian giant, it is struggling to create even trade relations with the world's second-biggest economy. But economic experts predict that the East African nation could close the gap through the promotion of agriculture and the eventual export of oil.
ADVERTISEMENT ADVERTISEMENT