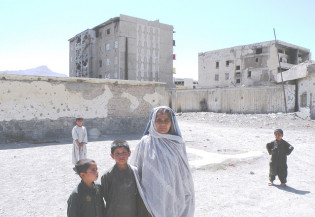 By Giuliana Sgrena
Mursal, a beautiful 19-year-old girl who has run away from home to escape a mentally ill husband, is just one of many Afghan women and girls who are now considered criminals under the country’s laws on ‘morality.’

By Giuliana Sgrena
Tunisian women poured into the streets armed with the vote, their latest weapon, when the country voted in its first democratic election since a popular uprising unseated former president Zine Abidine Ben Ali, ending his 27-year- long stronghold on the country.

By Giuliana Sgrena
The fundamentalist Ennahda party seems poised to take advantage of a chaotic situation ahead of general elections in Tunisia. Ennahda and other Islamist parties are taking advantage of the Aug. 2 deadline for registration for elections coinciding with the start of the holy month of Ramadan, when there is better attendance at mosques.
ADVERTISEMENT ADVERTISEMENT