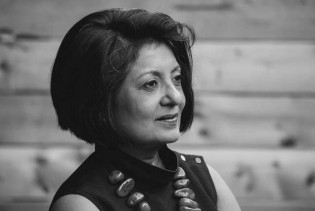 By IPS
The newly-elected Board of IPS-Inter Press Service, chaired by former Austrian ambassador Dr Walther Lichem, has appointed a new Director-General by acclamation.

By IPS
The recent European financial crises exposed Africa’s high vulnerability to external factors. This has made a strong case for the importance of Intra-regional trade among SADC countries in order to help strengthen SADC and other African countries to external shocks. Sipho Stuurman speaks to Economist Evans Chinembiri from Trade & Industrial Policy Strategies (TIPS).

By Daniela Estrada and IPS
Nearly half of Chile's flora is found exclusively in this country and many possess unique chemical compounds. But for now there is no legal way to control their exploitation abroad.

More Protection, but Not Enough, for Patagonian Sea

By Marcela Valente and IPS
Argentina has widely expanded the protected area of the Patagonian Sea, but it is less than two percent of the nation's maritime waters.

Q&A: “The Beer Industry Is a Leader in Self-Regulation”

By IPS
Some two billion people around the world drink alcohol, a practice that has been around since time immemorial. Responsible drinking is only part of the picture; the WHO reports that the harmful use of alcohol affects tens of millions of people and kills two and a half million people every year, from causes ranging from illnesses to traffic accidents.

Laws No Help to Amazon Animals, or People

Conservation Can Be a Weapon Against Poverty

By Daniela Pastrana and IPS
In the Sierra Gorda, in central Mexico, a new approach is being tested for protecting the environment in a way that also ends poverty.

Natural Heritage of the Honduran Caribbean on a Tightrope

By Sonia Edith Parra and IPS
The great biodiversity of a protected area on the Honduran Caribbean coast is at risk, despite the efforts of a handful of residents and local institutions.

By IPS
There are broad prospects for developing countries to build on complementarities and leverage South-South Cooperation for development, according to Nassir Abdulaziz Al-Nasser, Ambassador of Qatar to the U.N.

By IPS
Fifty-five years after the Asia-Africa Conference in Bandung, Kwame Nkrumah's exhortation to the developing world to unite for socioeconomic transformation remains resonant.

Mexico Has Big Plans for Ethanol from Algae

By Verónica Díaz Favela and IPS
A biological process in which blue-green algae produces ethanol will be the basis for fuel production by a Mexican company beginning next year.

By Valentina Martínez Valdés and IPS
The idea of "wilderness" also encompasses its opposite: urbanized, exploited or altered lands. That is why it is beyond the traditional conceptions of the world's indigenous peoples.

By Daniela Estrada and IPS
Environmental awareness is dawning as a source of inspiration for a new generation of fashion designers.

By Gabriela Cerioli and IPS
To understand the link between global climate change and coastal erosion requires an integration of the otherwise reductionist specialization on the issue, says Argentine scientist Jorge Codignotto.

By Verónica Díaz Favela and IPS
In the ocean depths off the coast of southeastern Mexico, galleries of human sculptures are to be installed as an artistic attraction with environmental ends.

Car Revolution in the Making

By Mario Osava and IPS
Brazil could take advantage of the electric car boom to build up the industry at home, given the threats of climate change and petroleum crisis - and the death foretold of the combustion engine.

The Goal: Not a Drop Wasted

By Emilio Godoy and IPS
A variety of new methods for making best use of rainwater are being tested in Mexico, which faces water shortages that will only grow worse in the coming decades.

By Verónica Díaz Favela and IPS
Over a span of eight years, a Mexican engineer visited areas thrashed by hurricanes. His goal was to design a home capable of withstanding nature's worst.

By Marcela Valente and IPS
Manure, Argentina's leading source of climate-changing emissions is beginning to be used as raw material for clean energy.

The Environmental Fight Starts in Your Neighborhood

By Daniela Estrada and IPS
Chilean neighborhoods are making progress - on a human scale and at a human pace - towards environmentally sustainable communities.

Green Therapy on the Rooftops

By Verónica Díaz Favela and IPS
In Mexico City there are more than 8,000 square meters of public building rooftops covered with vegetation. This novel approach for bringing green to the cities is now reaching hospitals and kindergartens.
Next Page »
ADVERTISEMENT ADVERTISEMENT