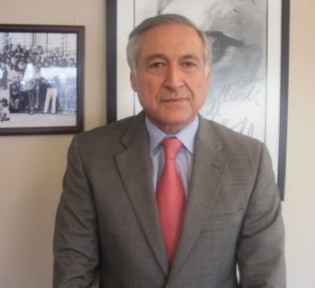 By José Domingo Guariglia
According to the Human Development Report 2011 released by the United Nations Development Programme (UNDP) this week, Latin America remains the region with the highest income inequality, even as the situation has improved in countries like Argentina, Brazil, Honduras, Mexico and Peru.

By José Domingo Guariglia
Different countries may celebrate Oct. 31 in a variety of ways, but this year, the 193 member states of the United Nations (U.N.) launched the International Year of Cooperatives 2012 to raise awareness about the impact of cooperatives on the development of communities where they operate.

By José Domingo Guariglia
With 800 million members in over 100 countries, the cooperative sector is a globally important group of collective organisations. On Oct. 31, the United Nations (U.N.) will begin a year of recognising their importance by launching the International Year of Cooperatives (IYC) in New York.

By José Domingo Guariglia
In May 2011, Brazilian journalist Natália Garcia decided to spend one year travelling to different cities around the world to better understand how to make urban landscapes more liveable for inhabitants.

By José Domingo Guariglia
Before 1999, she was best known as the richest woman in China. Her business empire included a trading firm, real estate investments and a department store, putting her among the top 10 wealthiest individuals in the Asian nation.

By José Domingo Guariglia
"The anger that rushes through me goes well beyond the hellish night I've just lived through. In a flash, I feel a terrible bond not only with the victims of September 11th but also with the kids brainwashed to become instruments of death in the name of an invented Islam," Mariane Pearl wrote in her 2003 book "A Mighty Heart".

By José Domingo Guariglia
The year 1994 was marked by blood. Between April and June, more than 800,000 Rwandans were killed in 100 days, in a terrible genocide that followed the assassination of Rwandan President Juvenal Habyarimana and the explosion of racial tensions between the country's two major ethnic groups, the Hutus and the Tutsis.

By José Domingo Guariglia
The fight against corruption has taken centre stage in the government of Brazilian President Dilma Rousseff, and has led to the resignation or dismissal of several ministers over just a few months.

By José Domingo Guariglia
As the United Nations readies for a major international conference on sustainable development next June in Brazil, non-governmental organisations (NGOs) are preparing to play a key role in the run-up to the summit meeting and are preparing a plan of action to be adopted by world leaders.

By José Domingo Guariglia
"I was walking down the street, talking on my cell phone, when a guy on a motorbike came by and grabbed the phone out of my hand. I ran after him but I couldn't catch him. He had probably been following me."

Q&A: “Governments Must Listen to the People, Not the Polluters”

By José Domingo Guariglia
The historic 1992 Earth Summit in Rio de Janeiro marked one of the world's seminal international conferences on the environment, creating or reinforcing a slew of U.N. treaties and protocols on climate change, biodiversity, desertification and forests.

By José Domingo Guariglia
The work of the International Criminal Court (ICC), the world's first and only permanent court that pursues war criminals, is likely to be hampered by a shortage of funds next year.
ADVERTISEMENT ADVERTISEMENT