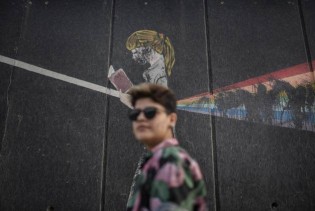 By Karlos Zurutuza
It usually takes hours of driving in a 4X4 before heading out on foot through a dense forest. There, protected under a sea of beech trees from the view of the drones, it is the guerrillas of the PJAK (Party for a Free Life in Kurdistan) who find us.

By Karlos Zurutuza
"Of course I'm scared, but what else can I possibly do?" asks Ahmed, a middle-aged man seated on the carpeted floor of a hotel located on the southern edge of Afghanistan. He is bound for Iran, but he still has no idea when or how he’ll cross the border.
Next Page »
ADVERTISEMENT ADVERTISEMENT