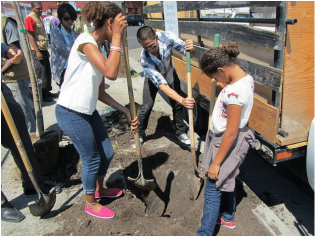 By Kristin Igusky and Kevin Kennedy, World Resources Institute, Washington DC
Even after President Trump announced his intention to pull the United States out of the Paris Agreement, much of the country is moving forward with climate action anyway. According to new analysis, more than 2,500 non-federal actors representing more than half the U.S. economy—including cities, counties, states, businesses and more—have pledged their support for the Paris Agreement goals. If these actors were their own country, they’d be the world’s third-largest economy.
ADVERTISEMENT ADVERTISEMENT