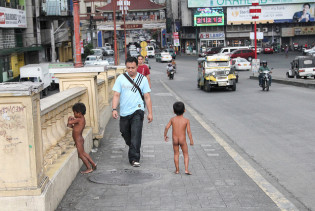 By Lydia Lim
Despite global efforts to provide development aid, the world’s poorest are getting poorer, says a new report by the Catholic Agency for Overseas Development (CAFOD).

By Lydia Lim
“As we extend our best wishes to President Mandela on his 95th birthday, let us also give tangible meaning to our feelings of concern by taking action on behalf of others.”

By Lydia Lim
The Syrian food crisis has become so severe that without aid from the World Food Programme (WFP), millions of Syrians would go hungry.

By Lydia Lim
As the new 12,600-strong United Nations peacekeeping forces don their blue helmets and prepare to take over from African-led forces in Mali, a nation consumed by corruption and extremism, concerns remain whether U.N. troops will successfully execute this transfer of authority.