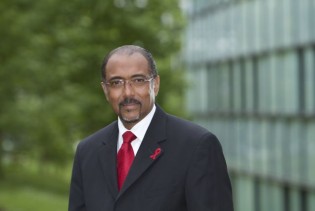 By Mathieu Vaas
In New York City, lesbian, gay, bisexual, transgender and Queer (LGBTQ) youth represent 40 percent of the homeless youth living on the city's streets. The Ali Forney Center is a non-profit organisation that offers them services such as emergency shelter, transitional shelter, help to reach out to family, and more specific services depending on what is needed.

The Club of Rome Calls for Emergency Actions on Climate Change

By Mathieu Vaas
Leading experts on climate change and energy gathered at the UN this week to stress the need for urgent action and procedural reform to allow major changes to the world’s energy systems.

By Mathieu Vaas
On Sunday,  Mar. 3, nongovernmental organisations working on women’s rights gathered in New York City for the annual meeting of the NGO Committee on the Status of Women.