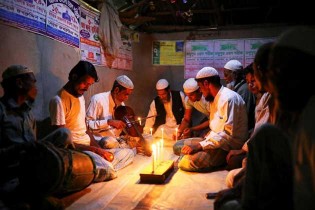 Rohingya Repatriation: Many twists and turns but no solution in sight yet

By Mohammad Zaman
There are over a million Rohingya refugees in Bangladesh, including the latest batch of 800,000 that came after August 25, 2017 and the 250,000 that arrived since the first exodus of mid-1990s. As Myanmar nationals, the Rohingya Muslims have historically faced ethnic and religious persecutions, culminating in 2017 in a fierce, protracted genocidal campaign by the Myanmar army against its own people. The military launched a violent crackdown leading to arbitrary killings of Rohingyas, including children and the elderly, gang rapes of women, inhuman torture, and razing of village after village that forced all those people to seek shelter in Bangladesh, unleashing a humanitarian crisis unprecedented in recent history.

By Mohammad Zaman
To date, much has been written and said about the Rohingya crisis. The regime in Naypyidaw has literally flouted all international laws and evaded pressures from the international community. Myanmar is now accusing Bangladesh for the delay in repatriation and at the same time plotting more atrocities against Rohingyas in Rakhine state. Last week, the Rakhine state government issued notice further blocking the United Nations and other aid agencies from travelling to five townships affected by the conflict. Sadly, many believed that the agreement for repatriation signed back in November 2017 will take care of this human tragedy.
ADVERTISEMENT ADVERTISEMENT