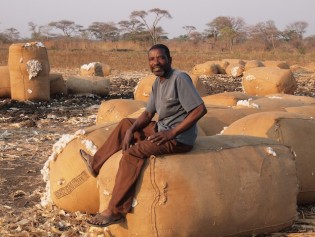 By Nebert Mulenga
Five years ago, Forbes Gwilize, 52, a cotton grower from Musena village, 80 kilometres north of the Zambian capital Lusaka, was hardly able to earn a living from farming maize.

By Nebert Mulenga
Increased agricultural development in Zambia will actually compromise the country’s food security as peasant farmers continue to be driven off their customary land to pave the way for large-scale local and foreign agribusiness, according to the University of Zambia’s dean of the school of agriculture, Dr. Mickey Mwala.

Establishing Environmental Flows in the Zambezi

By Nebert Mulenga
When Jose Chiburre was a boy growing up in Mozambique, he would often challenge his friends to a swim across the Incomati River. That was in the 1970s, when the river was 300 metres wide in the dry season: today, the race would be over before it begins.

By Nebert Mulenga
Mirriam Kauseni is on a quest to become her town’s first ever female parliamentarian. She has yet to be elected to run for the post by her party, the Patriotic Front (PF), but Kauseni has already been conducting door-to-door campaigns, telling people to vote for her in the country’s national elections.

By Nebert Mulenga
Sebastian Chilekwa’s job title at the Luapula Water and Sewerage Company is "Managing Director of Dilemma". Or it should be.

By Nebert Mulenga
Diana Banda* is quickly running out of excuses to give her six-year-old son about why he has to take a schedule of drugs every day.
ADVERTISEMENT ADVERTISEMENT