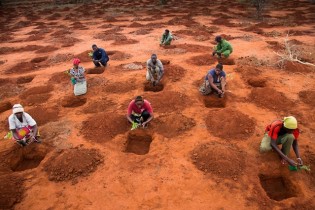 By Peter Kahare
Several years ago, Lakes Kamnarok and Ol Bollosat in Kenya were vibrant water bodies that supported and shaped the ecosystems around them. But today they are shells of their former selves, due to heavy siltation caused by human activities.

By Peter Kahare
Amina Shakir (not her real name) fled the drought and famine in Somalia for a better life in Kenya. But she did so illegally, placing her faith in the hands of a criminal network headed by Mukhalis or agents in Swahili. In the end her faith was misplaced as she was "sold" into employment upon finally reaching Kenya.
ADVERTISEMENT ADVERTISEMENT