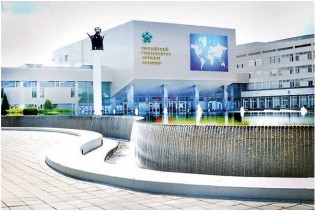 By Somar Wijayadasa
People’s Friendship University of Russia (PFUR), which celebrates its 55th anniversary on Feb. 5, is known worldwide as a major academic and research centre. During the last five decades, PFUR has educated 80,000 students from 145 countries.

By Somar Wijayadasa
The United Nations was founded “to save succeeding generations from the scourge of war” and to reaffirm faith in fundamental human rights. To meet that objective, the Preamble of the UN Charter provides "to establish conditions under which justice and respect for the obligations arising from treaties and other sources of international law can be maintained”.

By Somar Wijayadasa
Nobel Peace Laureate, U.S. President Barack Obama’s case for a military attack on Syria to punish Syrian President Bashar Al-Assad, and teach a lesson to other miscreants has lost legitimacy and international support.

By Somar Wijayadasa
Millions across the country, still reeling from the worst mass shooting in the country’s history that killed 20 school children, just 6 years old, and six teachers, are hoping that 2013 may turn up to be a landmark year that Washington lawmakers pass meaningful legislation to curb the culture of gun violence in America.

By Somar Wijayadasa
Another dramatic election fiasco is over. Russian voters have elected Vladimir Putin with an overwhelming 63% majority. In 2000 and 2004, he won with 53% and 71% majority, respectively. Though his victory never seemed in doubt, his election garnered more negative publicity than any other foreign election, thanks to the awesome Russian Spring.

By Somar Wijayadasa
- Faced with a total public debt of $14.46 trillion, the United States is besieged by layoffs in police, fire stations, libraries, teachers and workers in all core services and professions in all State governments, Americans urge US Government to use the $126 billion a year it spends on wars in Iraq and Afghanistan for urgent domestic needs. Americans argue that there are so many better uses for the money, and say they are baffled the US government would build bridges in Baghdad and Kandahar and not in the United States.
ADVERTISEMENT ADVERTISEMENT