Stories written by Thalif Deen
Thalif Deen, Senior Editor & Director, UN Bureau, Inter Press Service (IPS) news agency has been covering the United Nations since the late 1970s. Beginning with the Earth Summit in Rio de Janeiro in 1992, he has covered virtually every major U.N. conference: on population, human rights, the environment, sustainable development, food security, humanitarian aid, arms control and nuclear disarmament.   As the former UN Bureau Chief for IPS, he was cited twice for excellence in U.N. reporting at the annual awards presentation of the U.N. Correspondents' Association (UNCA). In November 2012, he was on the IPS team which won the prestigious gold medal for reporting on the global environment-- and in 2013, he shared the gold, this time with the UN Bureau Chief of Reuters news agency, for his reporting on the humanitarian and development work of the United Nations.   A former information officer at the U.N. Secretariat, he served twice as a member of the Sri Lanka delegation to the UN General Assembly sessions. His track record includes a stint as deputy news editor of the Sri Lanka Daily News and senior editorial writer on the Hong Kong Standard. As military analyst, he was also Director, Foreign Military Markets at Defense Marketing Services; Senior Defense Analyst at Forecast International; and military editor Middle East/Africa at Jane’s Information Group. He was a longstanding columnist for the Sri Lanka Sunday Times, U.N. correspondent for Asiaweek, Hong Kong and Jane's Defence Weekly, London. A Fulbright scholar with a Master’s Degree (MSc) in Journalism from Columbia University, New York, he is co-author of the 1981 book on “How to Survive a Nuclear Disaster” and author of the 2021 book on the United Nations titled “No Comment – and Don’t Quote me on That”— and subtitled ‘from the Sublime to the Hilarious’, both of which are available on Amazon 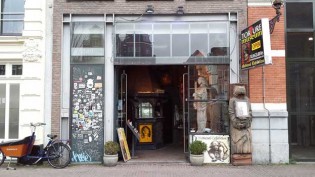 By Thalif Deen
Hinting at “Western hypocrisy”, a senior UN official once told a group of reporters, perhaps half-jokingly: “When you go on one of those sight-seeing tours in Europe, they will show you their palaces and castles-- but never their medieval prisons or torture chambers.”

By Thalif Deen
The long-delayed salvaging of an abandoned tanker, the FSO Safer off the Yemeni coast, has been described as a humanitarian disaster waiting to happen. The rusting vessel, according to the UN, has remained anchored for more than 30 years. But off-loading and maintenance of the vessel ceased back in 2015, following the start of a devastating civil war in Yemen.

After 43 Years of Negotiations, Security Council Reforms Move at the Pace of a Paralytic Snail

By Thalif Deen
The reform of the Security Council, the most powerful body at the United Nations, has remained a never-ending political saga. According to the President of the General Assembly, Csaba Kőrösi of Hungary, 43 years have passed since the question of Security Council reform first appeared on the UN agenda.

By Thalif Deen
A head of state who presided over an authoritarian regime in Southeast Asia, was once asked about rigged elections in his country. “I promised I will give you the right to vote” he said, “but I didn’t say anything about counting those votes.”

By Thalif Deen
The COP 27 climate summit is taking place amid a rash of political, economic and environmental upheavals, including missed funding and emission targets, increased pollution and climate devastation, rising global inflation, cuts in Western development assistance and the negative after-effects of the Covid-19 pandemic and the Russian invasion of Ukraine.

By Thalif Deen
When the high-level segment of the UN General Assembly sessions begin September 20, the official list of speakers include 92 heads of state (HS) and 56 heads of government (HG). But the “usual suspects,” mostly leaders of authoritarian regimes, are missing, including Vladimir Putin of Russia, Xi Jinping of China, Kim Jong-un of North Korea, Bashar al-Assad of Syria, Crown Prince Mohammed bin Salman of Saudi Arabia and the much-maligned military leaders of Myanmar.
Next Page »
ADVERTISEMENT ADVERTISEMENT