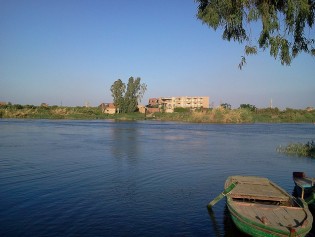 By Thomas W. Lippman
The Middle East’s seemingly endless conflicts are diverting attention and resources from a graver long-term threat that looms over the whole region: the growing scarcity of water. And the situation will get worse before it gets better — if it ever does get better.

By Thomas W. Lippman
If you are confused or baffled by Saudi Arabia’s foreign policy moves over the past month or so, you are hardly alone. It appears the Saudis themselves don’t know quite what to make of the various situations in which they find themselves.

OP-ED: Saudis Should Welcome a U.S. Move Toward Iran

By Thomas W. Lippman
Shortly after President Obama’s startling telephone conversation with Iran’s new president, Hassan Rouhani, a Saudi Arabian journalist wrote that “The phone call between Obama and Rouhani shocked the Gulf states, Jordan, Turkey, Israel, and other countries.” No matter which president initiated the call, he wrote, “What is important to know is what stands behind the conversation and how deep the ties are between America and Iran.”
ADVERTISEMENT ADVERTISEMENT