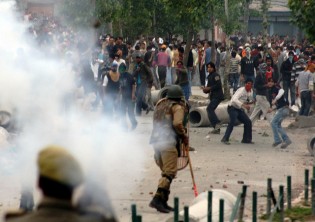 By Valentina Ieri
The word yoga means "unite" in Sanskrit, and the Indian government hopes that the ancient practice will help United Nations member states to work together to achieve the Sustainable Development Goals (SDGs).

By Valentina Ieri
"We, indigenous women want to be considered as part of the solution for sustainable development, because we have capabilities and knowledge, " said Tarcila Rivera, a Quechua journalist and activist for the rights of indigenous people in Peru, at a press conference on the Empowerment of Indigenous Women.

By Valentina Ieri
As the global humanitarian crisis continues to devastate civilian lives in conflict zones, UN Secretary-General Ban Ki-moon appealed to the international community to ensure “no-one in conflict, no-one in chronic poverty, and no-one living with the risk of natural hazards and rising sea levels, is left behind.”

By Valentina Ieri
In 2015, the number of international migrants reached 244 million - a 41 percent increase compared to early 2000 – according to a United Nations report, released on January 12. Of those 244 million migrants, 20 million were refugees.

UN’s Post-2015 Development Agenda Will “Leave No One Behind”

By Valentina Ieri
The United Nations is convinced the 17 Sustainable Development Goals (SDGs), adopted by world leaders last September, can be successfully implemented only with the inclusion of all segments of society, including governments, civil society organisations (CSOs), women, youth, indigenous people and the private sector.

By Valentina Ieri
The year 2015 has been a challenging year for the growth of the global economy, currently suffering from economic recession, marked by high volatility in financial markets, large capital outflows, lower commodity prices and macroeconomic instability .

By Valentina Ieri
While world leaders have gathered in Paris to discuss actions to reduce gas emissions and climate disasters, the International Energy Agency (IEA) is urging countries to reflect on the necessity to reform the energy sector.

By Valentina Ieri
Leaders from over 30 countries have come together for a two-day retreat May 14 and 15 at U.N. headquarters to reinforce their commitments to improve the health of women, children and adolescents around the world.