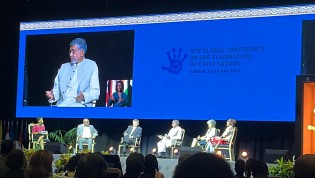 By Emilio Godoy
The climate summit in Glasgow, Scotland, the most important since 2015, may go down in history as a milestone or as another exercise in frustration, depending on whether or not it resolves the thorny pending issues standing in the way of curbing global warming.

By Cecilia Russell
Politicians from Asia and Africa shared activism anecdotes demonstrating their determination to meet ICPD 25 commitments. They were speaking at a hybrid conference held simultaneously in Kampala, Uganda, and online.
Next Page »
ADVERTISEMENT ADVERTISEMENT