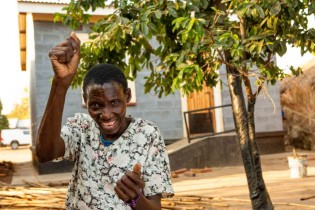 By Simone Galimberti
The UN Democracy Fund, also known as UNDEF, is an interesting tool but it is too small and lacking resources to mark a difference. How can the UN do a better job at promoting democracy? This is a key question that high-ranking policy makers at the UN should ask themselves.

Raising the Alarm on the Slow Pace of Family Law Reform

By Hyshyama Hamin
In September 2021, in the midst of a pandemic-related lockdown, a 15-year-old Muslim girl from Colombo, Sri Lanka was married off by her relatives to a much older man.

By Bede Sheppard
Education is fundamental for children’s development and a powerful catalyst for improving their entire lives. International human rights law guarantees everyone a right to education. But it surprises many to learn that the international human rights framework only explicitly guarantees an immediate right to free primary education—even though we know that a child equipped with just a primary education is inadequately prepared to thrive in today’s world.

By Mario Osava
A group of Warao families are, through their own efforts, paving the way for the integration of indigenous Venezuelans in Brazil, five years after the start of the wave of their migration to the border state of Roraima.
Next Page »

Since 2015, the Sustainable Development Goals (SDGs) have been devised to promote strategies for countries to reach a globally unified standard for sustainable living and development. This standard of living must be accessible to all, which addresses the first SDG: No Poverty. As the global community stepped into the Decade of Action of the 2020s, UN member states are expected to deliver on their goals by 2030, and it is crucial to examine the measures taken to recognize and meet those goals. Eradicating poverty will require policy frameworks on the national and regional levels to ensure that by 2030 all have equal rights to access economic resources along with access to basic services.

Before the COVID-19 pandemic, it was estimated that 6 percent of the global population would still live in extreme poverty in 2030. The destabilizing impact of the pandemic could push over 70 million people into poverty, with developing countries most vulnerable. In its wake, the UN COVID-19 Response and Recovery Fund were designed to support the communities most disproportionately vulnerable to the socio-economic impacts of the pandemic.

IPS provides comprehensive reporting on the current practices in ending poverty and the social, economic, and environmental factors that present challenges to this goal.