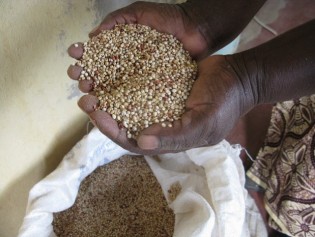 The UN Security Council is in Desperate Need of Comprehensive Reforms

By Alon Ben-Meir
Any fair analysis of the United Nations strongly suggests that the UN of today is not the same UN that was established in 1945. The United Nations Security Council in particular, which was intended to maintain international peace and security, has sadly outlived its usefulness in its current makeup.

Has the UN Transformed itself into a Vast Humanitarian Relief Organization?

By Thalif Deen
The United Nations, which has failed to help resolve some of the world’s ongoing and longstanding civil wars and military conflicts—including Palestine, Afghanistan, Yemen, Western Sahara, Myanmar, Syria, and most recently, Ukraine—was rightfully challenged by Ukrainian President Volodymyr Zelenskyy during his riveting address to the Security Council last April.

‘This is not about Russia, this is about Multilateralism’


Q: Liechtenstein has just initiated a resolution at the United Nations that mandates a meeting of the General Assembly whenever a veto is cast in the Security Council. What’s behind this initiative?

By Thalif Deen
The five permanent members (P5) of the UN Security Council (UNSC) – UK, US, France, China and Russia – have exercised their veto powers primarily to protect their own national interests or the interests of their close political and military allies.
Next Page »