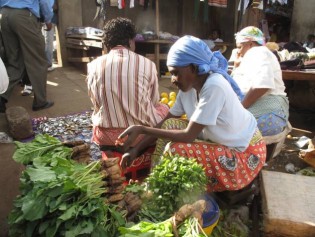 African leaders are increasingly aspiring to “modernise” their cities. That is to make them “globally competitive” and “smart”. The hope is to strategically position cities in Africa to drive the continent’s much-needed socio-economic transformation.

By Matthias Schmale
Today in north-east Nigeria, millions of people are facing the painful consequences of a deteriorating food security and nutrition crisis. Food insecurity means not knowing when or where your next meal will come from.

By Wambi Michael
The conflict in Ukraine has led to an increase in fertiliser prices in Uganda and neighbouring Kenya. Amidst the shortages, some farmers are shifting to a more sustainable way of enriching their soils using frass from the Black Soldier Fly.
Next Page »
ADVERTISEMENT ADVERTISEMENT