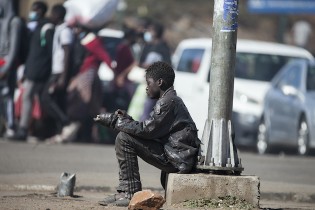 As we come together to celebrate people helping people on this year’s World Humanitarian Day, we honor the courageous and remarkable humanitarians delivering on the frontlines to help us achieve our goals for peace, universal human rights, and education for all.

African leaders are increasingly aspiring to “modernise” their cities. That is to make them “globally competitive” and “smart”. The hope is to strategically position cities in Africa to drive the continent’s much-needed socio-economic transformation.

By Angelika Arutyunova and Leila Hessini
Feminist movements are powerful, and donors who want to contribute to solving the biggest challenges facing the world today, should fund them deeply, and without restrictions. Research by Htun and Weldon back this up, showing that globally, feminist movements have been some of the biggest drivers of progressive social change.