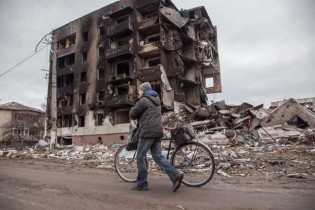 By Helmut W. Ganser
The decision of Germany and other NATO states to supply modern battle tanks and other armoured infantry vehicles to Ukraine takes the West’s involvement in the war to a new level.

Ukraine: No Peace Without a Military Victory

By Jana Puglierin
Russia has been at war with Ukraine for more than 10 months, with no end in sight and with just as little prospect for direct negotiations between the warring parties. These were last broken off mutually on 17 May 2022.

By Natalie Goldring
More than 10 months since the Russian invasion of Ukraine, the United States and its allies continue to seek the most effective military, humanitarian, political, and economic means of assisting Ukraine.

By Ed Holt
Since the start of Russia’s invasion of Ukraine, the conflict’s potential to escalate to the use of nuclear weapons has been highlighted by political analysts and military experts alike.
Next Page »
ADVERTISEMENT ADVERTISEMENT