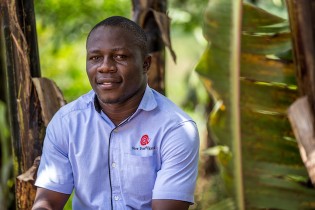 By Menghestab Haile
Food systems are under severe stress around the world now. The thresholds of tolerance are already exceeding limits with millions facing acute food and water scarcity throughout all continents. Over a quarter of Africa’s population are facing hunger and food insecurity. Conflict, droughts, flooding, rising unemployment, inequality, economic crises, and the impacts of Covid-19 pandemic have been ravaging the Continent on an unprecedented scale.

By Genevieve Donnellon-May
Food security has long been a high priority for the Chinese central government and has been linked to China’s national security in recent years. The Ministry of Agriculture and Rural Affairs recently released a national five-year plan under which China will seek to maintain a target to produce 95 percent of the protein domestically until 2025: China aims to become self-sufficient in poultry and eggs, 85 percent self-sufficient for beef and mutton, 70 percent for dairy, and 95 percent self-sufficient in pork. These targets intersect with many of the Chinese central government’s current aims to meet the growing demand for protein and dairy, safeguard food security, and other major policies.

By Esmie Komwa Eneya
In the past, the people of Sande Village in Chikwawa district, Malawi, would go to bed with empty stomachs even when the rest of the country harvested bumper yields.

Looking to the Future: China’s Priorities for Food Security in 2022 and Beyond

By Genevieve Donnellon-May
Safeguarding food security has long been a critical priority for the Chinese central government. President Xi’s latest comments and meetings demonstrate continued concerns at the top about China’s food security. Ahead of the 20th National Congress this year and the release of the No 1 policy document, there are already several hints regarding what the Chinese central authorities could prioritise in terms of food security for this year and beyond. Other factors, including the potential influences of gene-edited plants, commercialisation of genetically modified (GM) crops, and of a Russia-Ukraine conflict should also be considered.
Next Page »