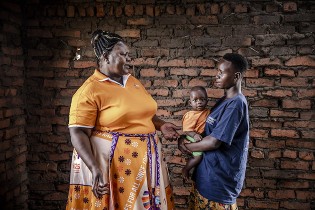 By Ed Holt
States must do more to protect women and children fleeing war in Ukraine, rights groups have urged, amid growing concerns they are falling prey to trafficking and sexual violence.
Next Page »

One in three women around the world have been subject to violence. Women face physical, sexual, and psychological violence in both public and private. Taking forms such as violence in the intimacy of a relationship, human trafficking, and sexual exploitation, gender violence is an issue that affects women in all countries. Only two-thirds of countries have outlawed domestic violence, leaving millions of women unprotected from abuse including from marital and de facto partners in many cases. Additionally, through human trafficking countless women are subjected to sexual exploitation and sexual violence, including horrific acts such as genital mutilation. Today many actors from individuals, to multinational organizations work to address these issues. These articles help to shed light on the violence that women experience every day and how its is being addressed.