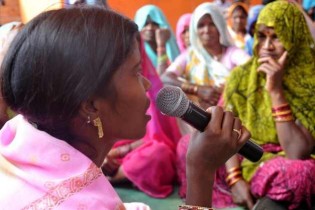 A Special Adviser to Probe Racism and Discrimination at UN

By Thalif Deen
“Racism and discrimination have no place in our world -- least of all at the United Nations”, warns UN Secretary-General Antonio Guterres, who will soon appoint a Special Adviser to investigate the growing discrimination based on racial, national or ethnic origins in the world body.

By Bitsat Yohannes-Kassahun
A year ago, we welcomed 2021 with a sense of cautious optimism when the newly developed vaccines promised a shift in the fight against the COVID-19 pandemic. The focus turned towards building back better and doing things differently as many countries started to rethink and rebuild their shattered economies.

By Jorgelina Hiba
Brazil, Argentina and Paraguay, the three major agricultural producers in South America, are currently experiencing a prolonged period of drought and low water levels in their main rivers. This is severely impacting harvests, as well as river transport of important summer crops, with maize and soybeans the main casualties.

By Geetika Chandwani and Ira Chandwani
Coral reefs are one of the world’s most biologically diverse and productive ecosystems. They provide abundant ecological goods and services and are central to the socio-economic and cultural welfare of coastal and island communities – throughout tropical and subtropical ocean countries – by contributing billions of dollars to the local and global economies, when combined with tourism and recreation.

The pandemic – alongside growing threats from climate change, widespread malnutrition, economic instability and geopolitical conflict – has heightened problems with the ways we produce, distribute and consume food. And it’s made clear the urgent need to make global food systems more just.

By Alan Keenan
On 28 October, President Gotabaya Rajapaksa appointed the militant Buddhist monk Galagoda Aththe Gnanasara to head a presidential task force on legal reforms, shocking many in Sri Lanka and beyond. Gnanasara is the public face of the country’s leading anti-Muslim campaign group, Bodu Bala Sena (Army of Buddhist Power, or BBS). He is widely accused of inciting inter-communal violence, including two deadly anti-Muslim pogroms in June 2014 and March 2018.

By Baher Kamal
“Unless we take action, the share of children leaving school in developing countries who are unable to read could increase from 53 to 70 percent.”

By Sultan Barakat and Richard Ponzio
On December 22, 2021, the UN Security Council voted unanimously to allow for more humanitarian assistance to reach vulnerable Afghans, while preventing the abuse of these funds by their Taliban rulers.

By Adam Dicko
Last week, I was delighted to speak to the United Nations Security Council. In the ten years that my country has been experiencing conflict, violence, and instability, dozens of conferences and other international summits have been held without ever really making room for those who are mobilized on a daily basis for more social justice, the defense of human rights and achieving Malian peace.

By Peride Blind
“Persons with disabilities are capable and equal. It is time the world understands that,” says Antonio Palma, a UN Volunteer at the Resident Coordinator’s Office in Guatemala. Antonio, who has a visual impairment, expresses what many other persons with disabilities feel. Ignored, mistreated, misunderstood, underestimated, condescended to.
Next Page »
ADVERTISEMENT ADVERTISEMENT