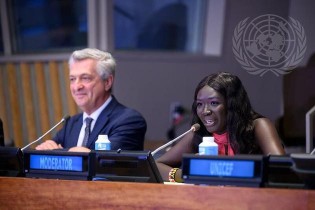 By Anisa Ismail and Tan Yen Lian
Economic recovery since the COVID-19 pandemic has been uneven amidst a cautious loosening of restrictions. But even at the height of the pandemic, it was business as usual for the tobacco industry.

By Andrew Firmin
The UN High Commissioner for Human Rights sits at the top of the UN’s human rights system. It’s a crucial role for the victims of violations and the many civil society activists who look to the UN system to set and apply human rights norms, monitor the human rights performance of states and hold rights violators to account.

By Antonio Guterres, Secretary-General of the United Nations
Our world is in deep trouble – and so too are the Sustainable Development Goals (SDGs). Time is running out. But there is still hope. Because we know what we need to do:

Financialization at Heart of Economic Malaise

By Anis Chowdhury and Jomo Kwame Sundaram
COVID-19 has exposed major long-term economic vulnerabilities. This malaise – including declining productivity growth – can be traced to the greater influence of finance in the real economy.
Next Page »
ADVERTISEMENT ADVERTISEMENT