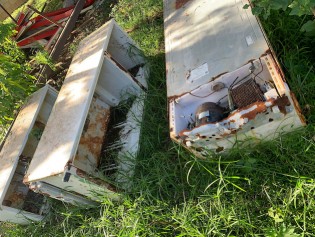 Say “No” to Foreign Intervention in Haiti to Kill our People: We Stand Ready for Peaceful Transition of Leadership

By Harvey Dupiton
Talks of an inevitable U.S. military intervention in Haiti are brewing within diplomatic circles. Without any constitutional or legal authority, our Haitian de facto government gave the green light for special forces to be sent to Haiti to combat our poor people-forgotten, jobless, left with no other choice for survival but the gang violence and insurrection ravaging the country.

By Mariela Jara
"When the pandemic hit, I stopped studying, just when it was my last year of school…My parents couldn't afford to pay for internet at home," said Rodrigo Reyes, 18, one of the nearly 250,000 children who dropped out of school in 2020.
Next Page »
ADVERTISEMENT ADVERTISEMENT