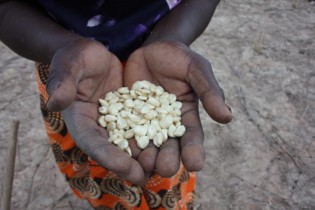 By Alexander Müller, Adam Prakash and Elena Lazutkaite
A growing mountain of data and analysis points to an unprecedented global crisis in the making, due to the convergence of “Four Cs” (Conflict, Covid, Climate and Costs).
Next Page »

Since 2015, the Sustainable Development Goals (SDGs) have been devised to promote strategies for countries to reach a globally unified standard for sustainable living and development. This standard of living must be accessible to all, which addresses the first SDG: No Poverty. As the global community stepped into the Decade of Action of the 2020s, UN member states are expected to deliver on their goals by 2030, and it is crucial to examine the measures taken to recognize and meet those goals. Eradicating poverty will require policy frameworks on the national and regional levels to ensure that by 2030 all have equal rights to access economic resources along with access to basic services.

Before the COVID-19 pandemic, it was estimated that 6 percent of the global population would still live in extreme poverty in 2030. The destabilizing impact of the pandemic could push over 70 million people into poverty, with developing countries most vulnerable. In its wake, the UN COVID-19 Response and Recovery Fund were designed to support the communities most disproportionately vulnerable to the socio-economic impacts of the pandemic.

IPS provides comprehensive reporting on the current practices in ending poverty and the social, economic, and environmental factors that present challenges to this goal.