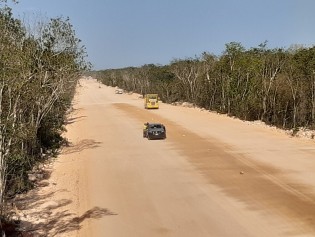 By Emilio Godoy
Reyna Díaz cooks beans, chicken, pork and desserts in her solar cooker, which she sets up in the open courtyard of her home in a poor neighborhood on the outskirts of this town in southwestern Mexico.

By Daniel Gutman
"This is the best thing ever invented for the poor," says Emanuel del Monte, pointing to a tank covered in black tarps protruding from the roof of his house. It forms part of a system built mostly from waste materials, which heats water through solar energy and is improving lives in Argentina.
Next Page »
ADVERTISEMENT ADVERTISEMENT