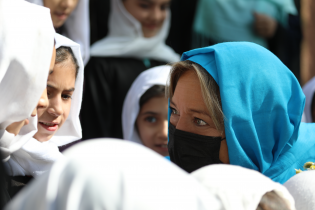 By James Reinl
A wave of bloody Taliban attacks aimed at derailing Afghanistan’s recent elections killed and maimed hundreds of people, including children, the United Nations mission to the country said on Tuesday.

By Thalif Deen
The United Nations has declared that 2015 is already “the deadliest year” for millions of migrants and asylum seekers fleeing war and persecution in their countries.
Next Page »
ADVERTISEMENT ADVERTISEMENT