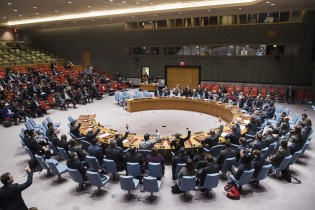 By AJ Correspondents
Four blasts have struck a government-controlled district close to a military officers' club in the northern Syrian city of Aleppo, killing at least 40 people and wounding more than 100, opposition activists say.

By AJ Correspondents
Activists say thousands of troops have been sent to Syria's second city, Aleppo, as clashes were reported in the city for the sixth consecutive day.
ADVERTISEMENT ADVERTISEMENT