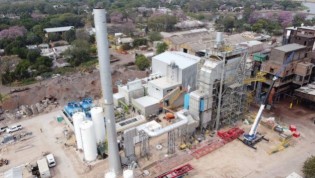 By Carey L. Biron
Hundreds of Liberians have filed a complaint accusing a U.S. government agency of failure to carry out due diligence or ensure that safeguards were followed for investments made to a failed biomass project in Liberia.

By Patricia Grogg
While Jean Reniteau mulls over the idea of using solar panels to light his house, Frantz Fanfan is wondering how to expand production of biomass briquettes to replace the use of charcoal in the cooking stoves of most of the Haitian people, who lack electricity.

By Marcela Valente
A joint project by the energy and agriculture authorities in Argentina is seeking to boost electricity generation from forestry waste and other rural products which have enormous potential, according to experts.
ADVERTISEMENT ADVERTISEMENT