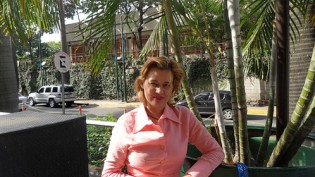 By Henrietta Abayie and Paul Carlucci
For the past 10 years, Buruli ulcer has been eating Benjamin Essel’s leg. The skin above his ankle is totally gone, and a swollen, pulpy and reddish wound rises almost up to his knee and wraps around his calf. Even still, this is an improvement over recent years.

By Kristin Palitza
South African health experts are calling on governments to use legally available mechanisms to promote the production or import of generic drugs in their countries.

By Francis Kokutse
Counterfeit medicines have flooded the market in Ghana and have even made their way into government hospitals as the country’s drug regulator struggles to control the importation of drugs.

By IPS Correspondents
The Mawingu camp for internally displaced persons affected by Kenya’s 2007- 2008 post-election violence is a desolate place. Located in the Rift Valley, the camp is a collection of tattered, sagging and forlorn tents.

By Miriam Gathigah
On the road between the Kenyan and Somali border lie the dead bodies of children who have succumbed to the famine and the hardships of making the journey from their drought-stricken villages to Kenya.

By Mantoe Phakathi
Swaziland’s economic crisis has affected its ability to provide healthcare as the country’s buffer stock of antiretrovirals (ARVs) has fallen below the prescribed three-month supply.

By Miriam Gathigah
When Lucy Omollo found out that her husband was HIV-positive six years ago, the couple thought the best way to prevent her from becoming infected with the virus was not to have sex.

By Wambi Michael
Even though government health services are free, Grace Nafungo Kutosi doesn’t mind paying the two thousand shillings (about one dollar) when she visits the non-governmental Beatrice Tierney Clinic in Bumwalukani village. In fact, paying the fee at the clinic, which is a 20-minute walk from her home, is cheaper than her having to travel to the nearest government clinic almost seven kilometres away.

By Isaiah Esipisu
In Kenya buying medicine from any unregistered pharmacy outlet means that you are running a higher risk of buying either substandard or counterfeit drugs that form 30 percent of all drugs sold in the country.

By Ranjit Devraj
While ‘data exclusivity’ clauses will not feature in the India-European Union free trade agreement (FTA), the threat posed by the impending deal to the world’s supply of cheap generic drugs is far from over.

By IPS Correspondents
One person dies weekly in Kenya due to a shortage of anaesthetics and the situation is worse in slums and rural areas across the country.

By Wambi Michael
When the monthly contraceptive injection that Bernadette Asiimwe, a mother of four, got from government health centres in western Uganda was out of stock for weeks, she fell pregnant with her fifth child.

By Isaiah Esipisu
People in Western Kenya are now able to buy effective anti-malarial drugs at low prices thanks to the success of the Global Fund’s subsidy programme, and thanks to honest pharmacists who are reselling the drugs at the recommended low prices.
Next Page »