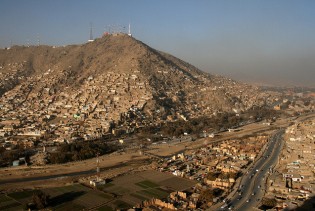 By Vesna Peric Zimonjic
For most of the world the issue of Kosovo is long over. The nation declared independence from Serbia in 2008 and has gained recognition from 76 out of 192 U.N. member states.

GEORGIA: Opposition Rallies in the Face of Repression

By Kester Kenn Klomegah
In the wake of anti-government protests by the opposition and youth activists in Baku, Azerbaijan, authorities have arrested and detained scores of demonstrators and journalists in deplorable and inhumane conditions.

By Apostolis Fotiadis
The nomination of the Russian city Sochi to host the 2014 Winter Olympics is already affecting the sensitive geopolitical balance in the region.

By Zoltán Dujisin
The Georgian-Russian war has detonated a political war in Ukraine. The governing coalition has collapsed, and new elections loom in a country struck by a grave economic crisis and facing accusations of trading illegal arms with Georgia.

By IPS Correspondents
Brinkmanship over weapons overshadowed a summit between the European Union and Russia held in the French city Nice Nov. 14.

ABKHAZIA: Why This Is the Breakaway Republic

By Apostolis Fotiadis
The Russian city of Adler, at the southern edge of the country on the Black sea coast, is the only gateway that has kept Abkhazia connected to the rest of the world during 16 years of isolation since the Abkhazian-Georgian war of 1992.

By Zoltán Dujisin
The Russia-Georgia peace deal indicates that the EU is acting as an independent power and plans to maintain dialogue with Moscow in spite of pressure by some of its own members and the U.S. to switch to sanctions.

POLITICS: Is Cold War Rhetoric Back at the U.N.?

By Thalif Deen
When the United States and the former Soviet Union were on the verge of a military confrontation over Cuba during the height of the Cold War, the legendary U.S. Ambassador Adlai Stevenson went eyeball-to-eyeball with Soviet envoy Valerian Zorin in the Security Council chamber.

By IPS Correspondents
Few, if any, regions present a greater challenge for the European Union's foreign policy than the former Soviet Union.

By Jim Lobe
As if the outgoing administration of U.S. President George W. Bush didn't already have enough on its plate, the question of whether and how to re-arm Georgia in the aftermath of its thrashing last month by Russia is moving steadily up its increasingly crowded foreign policy agenda.

By Daniel Luban
In the wake of Russia's invasion of Georgia last month, many commentators have been quick to proclaim that the war signals "the return of history". But attentive observers could be forgiven for responding to these pronouncements with a sense of déjà vu.

By IPS Correspondents
Moscow’s decision to recognise the two separatist regions of Georgia as independent states has exposed the divergence of geopolitical interests within the six-nation Shanghai Cooperation Organisation (SCO).

By Haider Rizvi
Russia wants the U.N. Security Council to allow the leadership of South Ossetia and Abkhazia to take part in ongoing international talks over the future of their territories.

By Jim Lobe
Iran could emerge as a big winner, at least in the short term, from the rapidly escalating tensions between the United States and Russia over Moscow's intervention in Georgia, according to analysts here.
Next Page »
ADVERTISEMENT ADVERTISEMENT