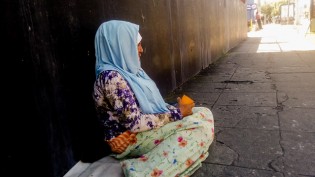 By Edgardo Ayala
Trying to make it into the United States as an undocumented migrant is not such an attractive option anymore for Moris Peña, a Salvadoran who was deported from that country in 2014.

By Emilio Godoy
“Donald Trump will not stop me from getting to the U.S.,” said Juan, a 35-year-old migrant from Nicaragua, referring to the Republican president-elect who will govern that country as of Jan. 20.

By Julia Hotz
When U.S lawmakers departed Washington for a month-long recess, they left behind a simmering debate over what to do about the tens of thousands of Central American children and adults that continue to cross the U.S. southern border.
Next Page »
ADVERTISEMENT ADVERTISEMENT