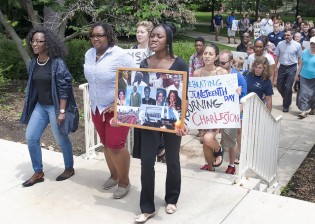 By Thalif Deen
When nine African-American worshippers were gunned down by a white supremacist inside a historic church in Charleston, South Carolina last month, there was a sharp division of opinion in the United States whether that murderous act of killing innocent civilians constituted a “hate crime” or an “act of terrorism.”

By Thalif Deen
After nearly 13 years of protracted negotiations, the United Nations remains deadlocked on a proposal to establish a Comprehensive Convention on International Terrorism (CCIT) - even as suicide bombings continue unabated in countries such as Iraq, Syria, Egypt, Afghanistan, and most recently, Russia.
ADVERTISEMENT ADVERTISEMENT