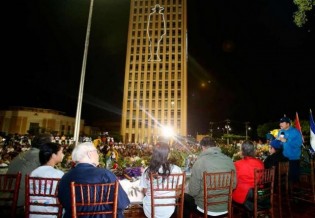 By Mallika Aryal
Maya Sarki, a resident of Belbari in eastern Nepal, was returning home one summer evening last year when she was attacked. She was forced down on the ground and her attacker attempted to rape her.

By AJ Correspondents
Egyptians have overwhelmingly voted in favour of a new constitution drafted by the army-backed interim government, according to early results.

By Adam Morrow and Khaled Moussa al-Omrani
This Saturday, Egyptians will head to the polls to vote on a controversial draft constitution. The referendum has divided this nation – still pulsing with the revolutionary fervour that toppled former dictator Hosni Mubarak in early 2011 - with most Islamist parties and groups supporting the proposed national charter, while liberal, leftist and 'revolutionary' groups, in addition to Egypt's sizable pro-Mubarak demographic, are opposed to it.

By Cam McGrath
During the uprising that toppled Egyptian dictator Hosni Mubarak women stood shoulder to shoulder with men in Cairo’s Tahrir Square, pressing the revolution’s demands for freedom, justice and dignity. But those who hoped the revolution would make them equal partners in Egypt’s future claim they may be worse off now than under Mubarak’s authoritarian rule.
ADVERTISEMENT ADVERTISEMENT