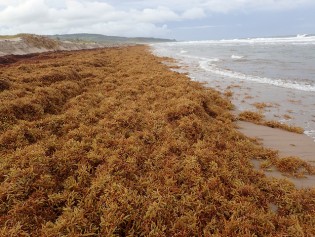 By Peter Richards
Scientists and researchers are working together in a new initiative to collect data that will help determine the effects of climate change on coral in the Caribbean Sea.

By Catherine Wilson
Coral reefs and marine ecosystems in the Milne Bay Province of the Pacific Island nation of Papua New Guinea are at serious risk of long-term environmental damage. The reason: an oil spill from a ship that ran aground on a reef on Kwaiawata Island on Christmas Eve, and authorities’ long delay in mobilising an appropriate response to the accident.
Next Page »
ADVERTISEMENT ADVERTISEMENT