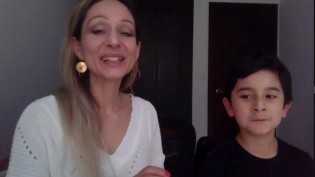 By Narayan Adhikari and Sanjeeta Pant
If you live in Nepal, a quick survey of friends and family will quickly prove how rapidly Covid-19 infection rates have spiked. For instance, out of 50 people we called last week, more than half had been infected, with the rest reporting that their extended families or colleagues had tested positive.

By Ifeanyi Nsofor
As richer western nations continue hoarding COVID-19 vaccines to the detriment of poorer nations, there is some light on the horizon. On April 15, 2021, the U.S. will join the Global Vaccine Alliance (GAVI) and co-host the launch of the Investment Opportunity for COVAX Advance Market Commitment.

By 49 UN women Ambassadors*
March, women’s history month, closes with the Generation Equality Forum in Mexico and against the background of significant setbacks on the empowerment of women caused by the COVID-19 pandemic.

By Armida Salsiah Alisjahbana
The world is emerging from the biggest social and economic shock in living memory, but it will be a long time before the deep scars of the COVID-19 pandemic on human well-being fully heal. In the Asia-Pacific region, where 60 per cent of the world lives, the pandemic revealed chronic development fault lines through its excessively harmful impact on the most vulnerable. The United Nations Economic and Social Commission for Asia and the Pacific (ESCAP) estimates that 89 million more people in the region have been pushed back into extreme poverty at the $1.90 per day threshold, erasing years of development gains. The economic and educational shutdowns are likely to have severely harmed human capital formation and productivity, exacerbating poverty and inequality.

By Anis Chowdhury and Jomo Kwame Sundaram
COVID-19 has set back the uneven progress of recent decades, directly causing more than two million deaths. The slowdown, due to the pandemic and policy responses, has pushed hundreds of millions more into poverty, hunger and worse, also deepening many inequalities.
Next Page »
ADVERTISEMENT ADVERTISEMENT