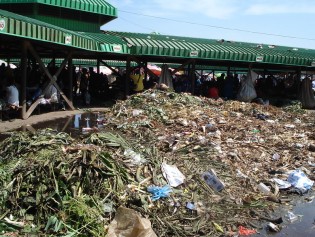 By Juan Carlos García y Cebolla
Most cultures have created taboos and norms that prevent food waste. At the same time, social mores have reserved for occasions of celebrations or hospitality a code associating the abundance of food, in quantities much higher than normal, with concepts such as generosity and honour.

A new FAO report launched today by the UN Food and Agriculture Organization provides insights into how much food is lost - as well as where and why - at different stages of the food supply chain, calls for informed decisions for an effective reduction and offers new ways to measure progress.

By Rabiya Shabeeh
The United Arab Emirates (UAE) is working on taking strides forward on climate change mitigation that are reflected by the establishment of the federal ministry of climate change, it's commitment to develop a national climate change plan, and its ratification to the Paris Agreement in 2015, which pledged not to just keep warming 'well below 2C', but also to 'pursue efforts' to limit warming to 1.5C by 2018.

One-third of food produced for human consumption is lost or wasted globally, which amounts to about 1.3 billion tons per year, enough to feed the nearly one billion people who go to bed hungry every night. Food that gets spilled or spoilt before it reaches its final product or retail stage is called food loss, according to FAO. This may be due to problems in harvesting, storage, packing, transport, infrastructure or market /price mechanisms, as well as institutional and legal frameworks. Harvested bananas that fall off a truck, for instance, are considered food loss. Food that is fit for human consumption but is not consumed because it is left to spoil or discarded by retailers or consumers is called food waste.