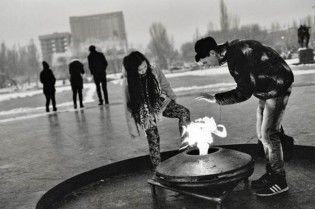 By Anna Lelik
Each winter in Kyrgyzstan the energy situation seems to worsen; blackouts last longer, and officials seem less able to do anything to improve conditions. This year is expected to be particularly difficult.

By Ray Smith
As self-appointed global leaders gather at the World Economic Forum (WEF) in Davos and discuss ‘The Reshaping of the World’, a stone's throw away non-governmental organisations named this year's winners for their dreaded Public Eye Awards.
ADVERTISEMENT ADVERTISEMENT