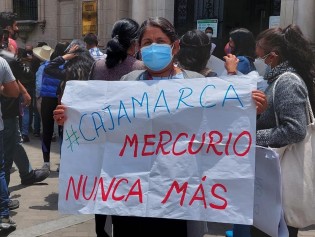 By Carey L. Biron
A multilateral arbitration panel here began final hearings Monday in a contentious and long-running dispute between an international mining company and the government of El Salvador.

By Asel Kalybekova
A generation after independence from the Soviet Union, most villages in Kyrgyzstan are ramshackle, broken places, scenes of hopelessness and despair. Able young people leave – for Bishkek, the capital, or for menial jobs in Russia. But thanks to a secret gold mine, one little mountain hamlet is different.

By Jane Regan
Outraged that they have not been consulted, this week Haitian senators called for a moratorium on all activities connected with recently granted gold and copper mining permits.

By Chris Rickleton
When nationalist MP Kamchybek Tashiev led his supporters over a fence surrounding parliament in early October, both foreign and local executives working in Kyrgyzstan’s mining industry braced for the worst.
Next Page »
ADVERTISEMENT ADVERTISEMENT